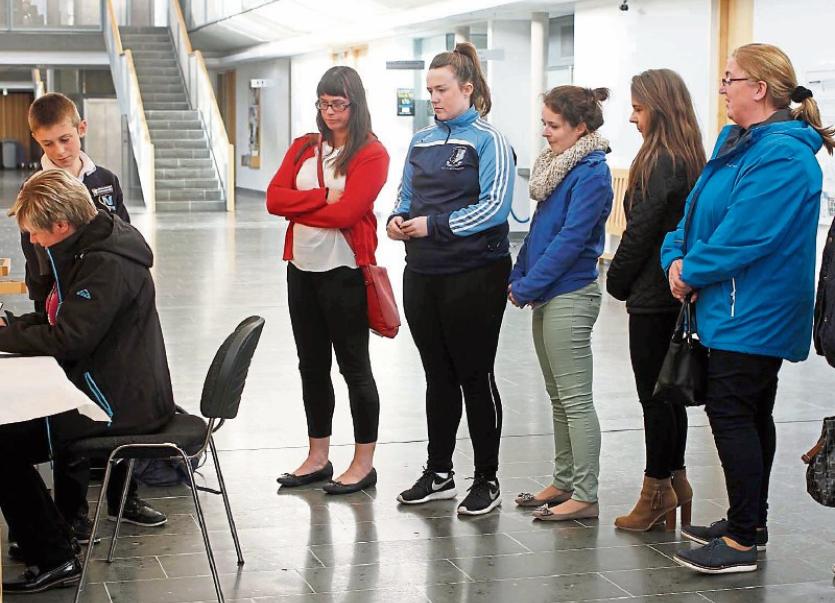 Hundreds of people from Nenagh and surrounding areas have been queuing at Nenagh Civic Offices to sign the book of condolences opened by Tipperary County Council for Anthony Foley.

The former Munster and Ireland rugby star died unexpectedly in Paris on Sunday just hours before his team was to take on Racing in the openig game of this year's Heineken Cup.

The book will remain open at the offices on the Limerick road for the time being. Meanwhile, the tricolour is being flown at half-mast to mark the passing of a giant of Irish sport, who hailed from Killaloe across the border from Ballina.

Tributes have been pouring in for Mr Foley, 42, from across the sporting, political and religious world, with local tributes being led by Deputy Alan Kelly.

“Anthony Foley was an incredible rugby player and person. An amazing competitor on the pitch and a gentleman off it. His passing is a terrible tragedy for everyone who knew him and loved him, in particular his wife, Olive; sons, sisters and parents. The love the Munster supporters had for him was clear for everyone to see. I had the pleasure of getting to know Anthony over many years. He had a great sense of humour and was a good neighbour to all of us who lived nearby around Ballina / Killaloe in the time and effort he gave across a range of events and activities. Ar dheis De go raibh a anam,” he said.

The Church of Ireland Bishop of Limerick and Killaloe, Dr Kenneth Kearon, said: “On behalf of the whole Church of Ireland community in Limerick and Clare let me express our shock and deep sadness at the sudden death of Anthony Foley. He was an iconic figure in Munster, demonstrating all that is great and exemplary in Munster rugby, and a true ambassador for Irish sport.

“Foremost in our thoughts and prayers at this time are his wife Olive; his sons Tony and Dan; parents Brendan and Sheila, and the extended family, whose personal grief is unfathomable. That grief extends to all who knew and admired him, on and off the field.

Meanwhile, Mr Foley's family, in a statement, thanked all those who had supported them and sympathised with them following the tragedy.

““With Anthony’s passing, we have ultimately lost an amazing, adoring and loving father and husband; an equally caring, loyal and devoted son and brother; a central and go-to figure for the wider Foley and Hogan families. Our anguish at the sudden loss of Anthony is bottomless. We have been plunged deep into an incomprehensible darkness and sense of loss that we must work our way through over the coming days, weeks, months and years,” they said.

“We know, too, that his sudden death has brought the rugby worlds of Shannon RFC, Munster, Ireland and much further afield crashing down. You have lost a former player, coach, friend and all-round inspiration – your and our hero both. We mourn his loss together.

“We again wish to thank everyone for their support; it will help carry us through these darkest days.”

Meanwhile, details of Mr Foley's funeral arrangements have been released. His body will be flown home to Shannon Airport this Wednesday and will be brought to his family home in Killaloe. The house will remain private.

Mr Foley will repose in St Flannan's Church, Killaloe, from 1pm until 8pm this Thursday, October 20, and, due to the huge numbers expected to attend, people are being asked to come as early as possible.

The funeral Mass will take place this Friday, October 21, at noon in St Flannan's Church, which is being reserved for family and friends only. Burial afterwards will be to Reilig Nua cemetery.

Mr Foley's death has been reported by the French coroner as being caused by acute pulmonary oedema caused by heart disease.