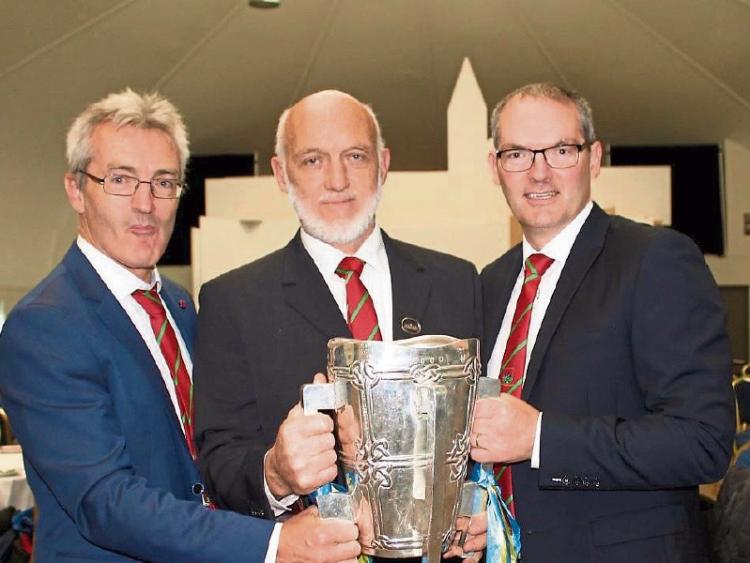 The Cashel King Cormacks county senior hurling final winning team of 1991 was the toast of Tipperary on Sunday when they were feted at the County Final in Semple Stadium.

The players, celebrating their silver jubliee,  enjoyed a great day thanks to the County Board, The Tipperary Star and the Brian Boru restaurant in Cashel, to where they adjourned after the game for a celebratory meal and refreshments.

The day had commenced in The Dome at Semple Stadium where a pre-match celebration was hosted by the Board.

Then, it was on to the Stadium for the County Final - they were introduced to the attendance prior to the senior games and then made their way back to Cashel where the celebrations continued.

Archbishop Kieran O'Reilly, GAA Patron, was on hand to make presentations to each of the players, selectors and of course Coach, Justin McCarthy, a family friend of the O'Reilly's in Cork.

The organising committee comprising Pat Carey, John Costigan and Seamus King had everything in readiness for the day and there were contributions from TJ Connolly, Chairman of Cashel King Cormacks and a player on that team in '91; Colm Bonnar, captain of the '91 team; Seamus King; Anne O'Grady, Editor of The Tipperary Star; Archbishop Kieran; John Costigan; and Michael Burke, County Board Chairman; all under the guidance of the excellent MC Pat Carey.

Performances from Fr Bernie Moloney and Denis Heffernan were other highlights of the evening which continued long into the night.