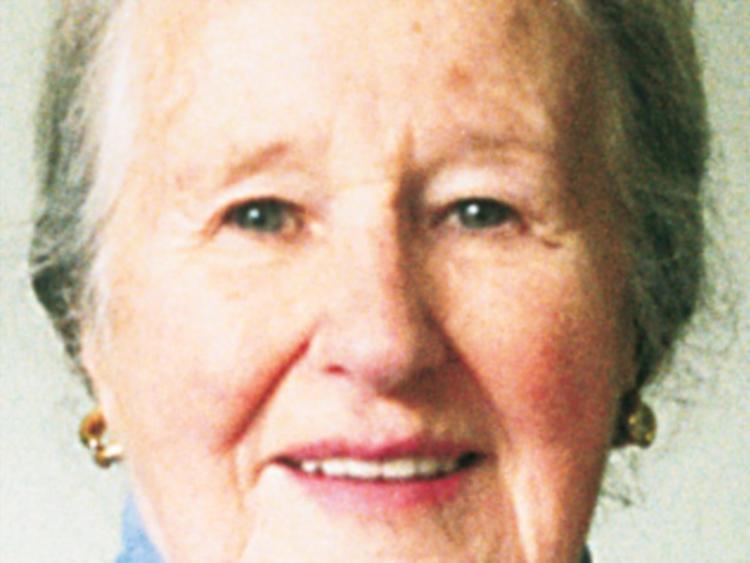 Margaret Rossister, Columnist for 'The Nationalist'

IN A PREVIOUS LIFE, I was very familiar with Irish courthouses. These are amongst our more important buildings in our architectural heritage. In Tipperary, both Nenagh and Clonmel courthouses were built after the Act of Union; both are classical in design, spacious, with high ceilings and mahogany panelled interiors, and both are very important institutions in the maintenance of law and order, in the protection of life and property.

So with echoes of that previous life, and when on my travels I pass a courthouse, and if the doors are open, I take a peek inside. That was how I found myself in Nuremberg (Bavaria) Courthouse some years ago, where I sat in courtroom 20/18, where the Nuremberg Trials were held from 1945 to 1949, asd where, exactly 70 years ago - 30th September/1st October 1946 -the first verdict was brought in on what has been called “The Major War Criminals Trial - 1945-’46.”

The picture of the accused, all high-ranking members of the Nazi Party (those that survived and were captured - some had already committed suicide or escaped) - has now become iconic. The 24 men accused of a long list of crimes, summarised as “crimes against humanity,” sit together, each wearing an expression of feigned disinterest or open hostility. Behind each one there is a helmeted uniformed soldier of the Allied forces.

Although the courtroom which I visited was the same room in which the trials were heard, it had to be extended to accommodate the very large numbers of accused, legal personnel and witnesses. It has since reverted to its original size and is a functioning courtroom, where about one hundred cases are heard each year, and so access has had to be restricted.

But, despite this restriction, it has been recorded that about 90,000 people - about 70% “from abroad” called, like me, to the courthouse within the last 10 years. It has now been decided that a new courthouse should be built for the ordinary legal business, and that the existing building should be converted to a heritage centre, a museum, a library. This will give accommodation for research students and a place where people can get a “feel” for an unique event in world affairs.

While the Nuremberg Trials were a first in modern times, there were a few precedents: the execution of a Confederate army officer for his “maltreatment” of Union prisoners-of-war during the American War, and the courts-martial held in Turkey in 1919-20 to punish those responsible for the Armenian genocide. These trials were conducted in accordance with the laws of a single nation - but the Nuremberg Trials were conducted by the victorous Allies - France, Britain, the Soviet Union and the USA. Four languages were used during the trial - German, French, English and Russian.

The verdict was brought in exactly 70 years ago. Of the 24 accused all but three were found guilty. Twelve were sentenced to death by hanging and the others sentenced to between 10 years and life imprisonment. The most senior of the group - Hermann Goring - committed suicide the night before execution by swallowing a cyanide tablet, which, it was alleged, he had hidden in a jar of skin medication, though there is much speculation on how and when, and who, supplied the tablet.

The actual hanging was carried out by a Master Sergeant, who, according to a report in the Time magazine, said that he was proud of his work, that “somebody had to do it ... 10 men in 103 minutes. That’s fast work...” A comment that would send shivers down the spine of even the less squeamish of us...

The trials continued until 1949, including the Doctors Trial; doctors who were accused of carrying out experiments on prisoners-of-war. In all about 185 people were accused of crimes against humanity, which resulted in death sentences and long periods of imprisonment. All the trials were conducted in the Nuremberg Courthouse.

It has often been asked why that city was chosen for the trials. The ostensible reason given is that it was one of the few spacious courthouses which remained undamaged after the war, but the location cannot be disassociated with the fact that Nuremberg and the nearby Zepplinfeld was, in fact, association with the iconic parades of cheering, marching, flag-waving, uniformed, vast processions of people, in the heyday of Nazism.

The Nuremberg Trials established a principle of law - which has always been accepted as a moral principle, and that, simply put, is that each individual is responsible for his or her actions, and, in issues of law and order, human rights, and common decency, wrong-doers cannot be excused because “one is obeying the orders of a superior authority.” This is, in ordinary everyday life, a challenging concept - think of the dilemma of the current whistleblowers, and their allegations of discrimination (even by their fellow workers), their isolation and sometimes their loss of jobs.

The Nuremberg Trials, while universally accepted, were not without their critics, especially amongst high-ranking legal experts - including some eminent US lawyers. The victorious prosecuted the vanquished.

It is now acknowledged that one of the prosecutors, Joseph Stalin, killed more of his own people than the estimated ten million killed by the terrible Hitler. In the mid 20th century, Vietnam was devastated by a scorched earth policy. None of the participants was ever charged before an international tribunal.

And in modern times, will anybody be called to answer for crimes against humanity in Iraq? Or, for the huge numbers of innocent refugees we now see fleeing from Syria and sub-Saharan Africa - whether their persecutors eventually become either the winners or the losers?