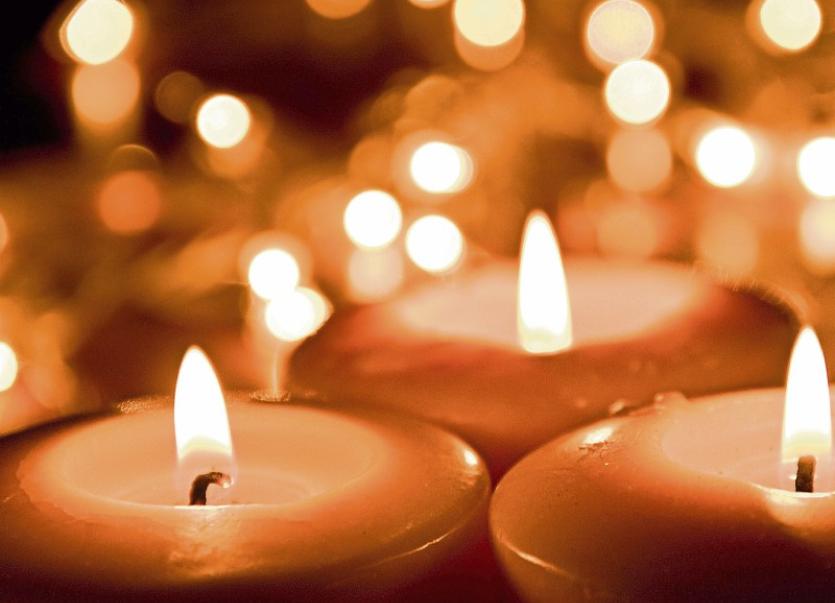 Reposing at Condon's Funeral Parlour on Monday from 5.00pm, with removal at 7.30pm to St John the Baptist Church, Powerstown. Funeral Mass on Tuesday at 12 o’clock followed by burial in the adjoining cemetery.

Reposing at his home from 2pm until 6.30pm Tuesday 25th. Arriving at St. Mary’s Church, Cahir, at 7.30pm. Funeral Mass Wednesday 26th at 11am, followed by burial in the adjoining cemetery. Family flowers only. Donations, if desired, to the National Council for the Blind.

Peacefully at South Tipperary General Hospital, Clonmel. Pre-deceased by his wife Maureen. Sadly missed by his loving family and friends.

The death has occurred of John Hennessy, Blackrock, Dublin, and Lisobyhane Emly, Co Tipperary. Sadly missed by his loving wife Imelda, much loved father of John Paul, Catherine, Martin and Deirdre and his treasured grandchildren. He will be greatly missed by his sisters Breda and Alma, sons-in-law, daughters-in-law, sisters-in-laws, brothers-in-laws, nieces, nephews and all his relatives and wide circle of friends.

Reposing at his home 44 Meadow Vale, Blackrock on Tuesday (25th Oct) from 5pm until 8pm. Removal on Wednesday morning (26th Oct) to Church of Our Lady of Perpetual Succour, Foxrock arriving at 11.20am for 11.30am Mass. Followed by burial in Deansgrange Cemetery.

Reposing at Hayes' Funeral Chapel, Clonoulty on Tuesday evening from 5:30 o'c with removal at 7:30 o'c to the Church of St. Cataldus, Ballycahill. Requiem Mass Wednesday at 11:30 o'c and burial afterwards in Kilvalure Cemetery.