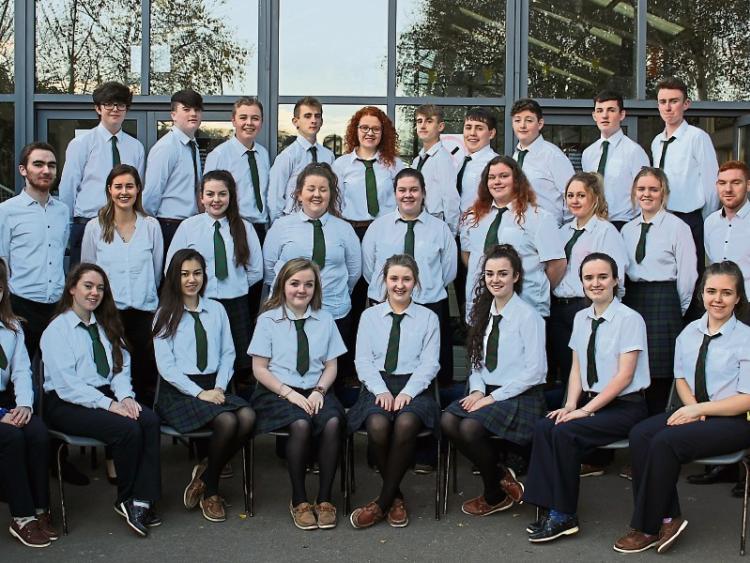 Cashel Community School Choir has been invited by the County Tipperary N&B Association of New York to help them commemorate the 1916 Rising in a once off concert.

Early  next week the group will be taking to the skies - next stop the Big Apple!

The choir is one of Ireland’s best youth ensembles with a distinguished record as award winners in all major national youth choir competitions including the prestigious Cork International Choral Festival, Galway Choral Festival, Limerick Church Music Festival as well as the choir’s acclaimed broadcasts for RTÉ television and Lyric FM.

The choir has participated in major community celebrations as well as performances at Dublin Castle and in the Dáil. One of the choir’s highlights was the historic performance for Queen Elizabeth during her official visit to the Rock of Cashel. In front of a unique gathering of government officials and royal visitors, Cashel Community School Senior Choir presented the positive energy of the young people of Cashel in a broadcast viewed across the globe.

44 students, past students and teachers will depart Cashel  early on Wednesday, November 2, for Yonkers, New York. The commemoration concert will take place on Sunday, November 6, in St Barnabas Elementary Auditorium in Yonkers. Cashel Community School Choir will headline the concert which will also include guest speakers and The Erin Loughran School of Irish Music.

The choir will perform a wide repertoire of music including such favourites as Danny Boy, Mo Ghile Mear, The Impossible Dream, The Holy City, Hallelujah Chorus, New York, New York and Isle Of Hope, Isle Of Tears. Members of the traditional music group will also perform a selection of tunes.

The choir will sing at mass at St Barnabas High School Chapel earlier in the day where Mass will be celebrated by Fr Bernie Moloney, former chaplain of Cashel Community School.

As well as the official performances, students will have an opportunity to visit the many historical and cultural sights that New York City has to offer and soak up the atmosphere in Broadway. This unique trip will be a valuable international experience for our young people as key stepping stones on their journey to becoming positive and contributing adults.

They would like to thank parents, staff and the community for supporting this prestigious venture and they look forward to representing Cashel and Ireland in New York this November.