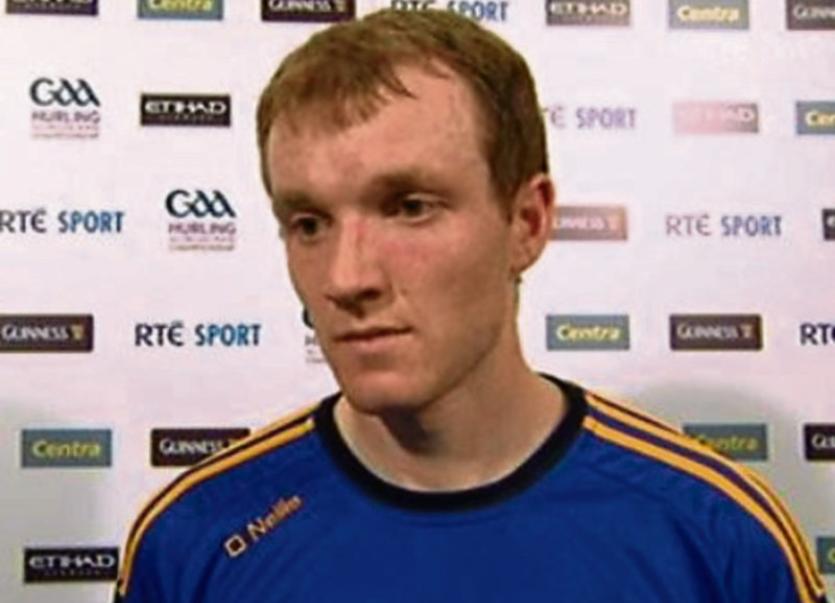 Former Tipperary Hurling Champion Lar Corbett’s company Marlstone Investments Ltd has been fined €1,500 at Thurles District for not paying the appropriate tax on a batch of counterfeit Smirnoff bottles.

The case against Mr Corbett’s company - to which he is a fellow Director with Kevin Coppinger - involved 16.1 litres of counterfeit vodka seized by Customs Officials at the pub premises in 4 Parnell Street, Thurles, on January 29, 2015.

At today’s hearing, Judge Elizabeth MacGrath heard evidence in relation to whether Mr Corbett showed ‘due diligence’ of care when managing the pub at the time in question.

Two bottles of Smirnoff - one fake and one genuine - were proffered to Mr Corbett in the Witness Box, to see if he could tell the difference between the two. Mr Corbett told the Court he had a lifetime of experience in the pub trade, and his family had been involved in owning a pub. Marlstone Investments Ltd had a valid liquor licence and tax clearance certificates. Mr Corbett said he purchased all his liquor from two local operations, a Carry Out in Thurles and Gleesons. There was a weekly stock take, carried out by either him or a member of staff, depending on the roster.

Receipts were produced for the period in question, linked to 36 bottles, from December 29 2014 to January 17, 2015. Mr Corbett said he “could not believe it” when he got the phone call from the two Customs Officials. “They had a list of questions.” When the conversation was over, Mr Corbett gave them his mobile number, and said he wanted “this finished”. Mr Corbett also supplied the Officials with photocopies of all receipts and was full co-operative.

Mr Corbett said he had learned his lesson to “keep away from Smirnoff”. “There seems to be numerous stories online,” he said. “If there’s a chance to be taken, don’t take the chance.”

Under questioning regarding the trademarks to be used on the bottles, Mr Corbett said: “I don’t know what to say. I’ve never had any information on what’s real and what’s not.” When faced with two sample bottles in Court - one fake and one genuine - , Mr Corbett said: “The two bottles to me look exactly identical...the only thing is a sticker at the back looks different.”

Mr DeBurca asked his client had he ever purchased a product from a source that was not legitimate. “No, never,” said Mr Corbett.

Mr Corbett gave evidence that the bottles were on display in an upstairs bar, and a downstairs bar. More stock was kept in a “cabin” room. Under questioning from the State Solicitor Ms Michelle O’Connell, Corbett said neither he nor the employees could tell whether the bottles were fake or genuine.

Mr Corbett told the Court he took a “hands on” approach to running the bar. Stock was bought separately for both upstairs and downstairs bars, which were run separately from each other.

During the Christmas period, Mr Corbett said he had to visualise how much each bar would need from week to week. Ordering stock could be done up to 3 weeks beforehand. His two suppliers had “never let me down”. Mr Corbett agreed that the “buck stopped” with him, in relation to who should be prosecuted for the offence, and that he was the appropriate person to pursue in the case as he was the Director of Marlstone Investments.

“Do you agree it’s your responsibility to take reasonable care?” asked Ms O’Connell. Mr Corbett said he believed the alcohol was received from a reputable supplier.

Mr Corbett said there was “no real rock solid procedure” regarding ordering. “It’s week to week.”

“What is your stock taking regime,” asked the Judge. “You must have a stock taking arrangement in place. How do you do that?”

“It’s very important we don’t run out of anything,” answered Mr Corbett. “I try to visualised beforehand,” for bank holidays and busy periods. The pub might order 2 or 3 weeks worth of stock. “It’s impossible to answer.”

“So you don’t have a book that says ‘12 bottles of vodka on a certain day’”, said Ms O’Connell. A sheet is given for members of staff to use regarding stock control, and they will count the bottles. Mr Corbett said he could not say which receipts corresponded exactly to which bottles.

“That’s an impossible question to answer,” said Mr DeBurca on behalf of his client.

Mr Corbett said they would change from the Smirnoff brand to another now, “so as to not be in this situation again.” Delivering her decision, Judge MacGrath said she believed there must be a “high standard of care” applied to the sale of alcohol in licensed premises. “That standard does require the appropriate business of stock taking” in relation to the payment of taxes and monitoring the control of alcohol on the premises.

Judge MacGrath said she found Mr Corbett to be “an honest and fair witness.” Mr Corbett had said he was involved in the overall running of the pub, but in a previous statement said he “just  had a barman come in.” From the evidence, Judge MacGrath said it’s accepted that Corbett could not be there 24 hours a day, seven days per week, but he nevertheless was “very much hands on regarding highly populated events going on in the pub.”

“I do believe he is a genuine witness,” said the Judge. However, “I have to find that due diligence has not been established, due to lack of stock control. I have to convict.”

Ms O’Connell said the maximum penalty for the offence was a €5,000 fine and a closure order of up to 7 days, with a mandatory closure of two days.

Mr DeBurca asked that the Court be lenient and impose the minimum penalty possible. Marlstone Investments had no previous convictions of a similar nature.

Judge MacGrath imposed a €1,500 fine, with six months to pay, and ordered that the pub be closed for two days. In the event of an appeal, recognisances were fixed at €250.

“I find him to be honest in his evidence,” added Judge MacGrath. There’s a “huge obligation” on publicans regarding stock taking and control, and in this case, that fell “below the level of what’s appropriate. I do note that he has made certain changes.” Proper standards of stock control “do help stop situations like this,” concluded the Judge.