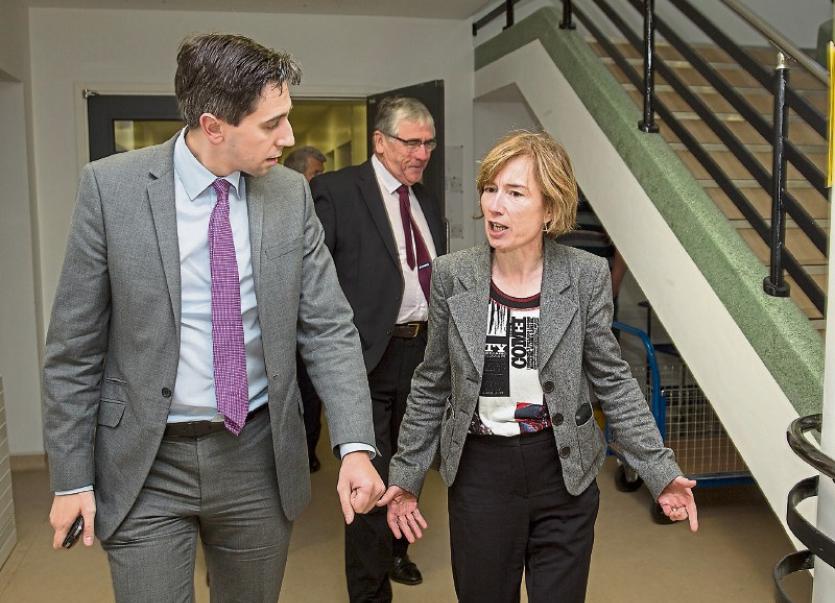 After touring South Tipperary General Hospital on Monday  Health Minister Simon Harris  returned to Dublin with a very clear picture of the scale of the overcrowding crisis and the human hardship involved.

While areas of the hospital were painted and  new curtains put up in advance of the visit there were twelve people lying on trolleys on corridors which is what Minister Harris came to witness.

Minister Harris, who spoke to patients on the trolleys, said the conditions were “utterly unacceptable” and solutions had to be found.

Kilsheelan man Michael Kehoe had been lying on a trolley in a public corridor of the hospital for twenty eight  hours when Minister Harris stopped to talk to him.

He came into A&E at 8am  Sunday morning and had still not been given a proper bed.

Michael Kehoe told Minister Harris that conditions were 'disgraceful' with no privacy for patients.

Another man, who wished to remain anonymous, said he was discharged  after being on a trolley in the corridor since admitted at 8pm on Saturday.

"I never even saw a hospital bed and I was in here for forty four hours", said the man from Clonmel.

He said that following his arrival at A&E on Sunday morning, it was four hours before he was seen by a doctor and put on a nebulisor. He was on a trolley  in the corridor connecting the emergency department to the public foyer in the hospital where the lifts and canteen and seating area is located.

"I was under great pressure for that four hours before I was seen by a doctor and they put me on a trolley", he said.

He told Minister Harris that there was no privacy on the public corridor, no curtain to pull around the trolley, no bell to get someone's attention, and there was a constant stream of normal hospital traffic up and down the corridor.

“It is just impossible to sleep on the corridor. During the day you cannot rest because  the corridor is so busy with people going for x-rays  and all of the staff and public just walk past the bed. They crash into one another the space is so tight for everybody to get past . These places were just not built for people to be on corridors, it’s disgraceful” said Michael Kehoe.

After touring the coronory, paediatric and medical wards Minister Harris met with consultants Paud O'Regan and Peter Murchan and members of the hospital management team .

Earlier in the day Minister Harris visited Our Lady's Hospital in Cashel.

He witnessed two very different scenes, one hospital he said was ”bursting at the seams” and the other with plenty of  “space and capacity to do more”  which had undergone a multi million  refurbishment .

Anne Marie Lanigan, Head of Primary Care, said Cashel had huge potential. A new Community Intervention Team would be located in Cashel from mid December   and it would be a centre for primary care teams.

Bridget Farrell, Manager for Older Persons services said there were issues that had to be resolved inCashel with HIQUA before people could be accommodated in wards at the  hospital.

She said that trolleys  could fit in the lifts but beds could not and there was an issue with the outdoor garden space required and other matters.