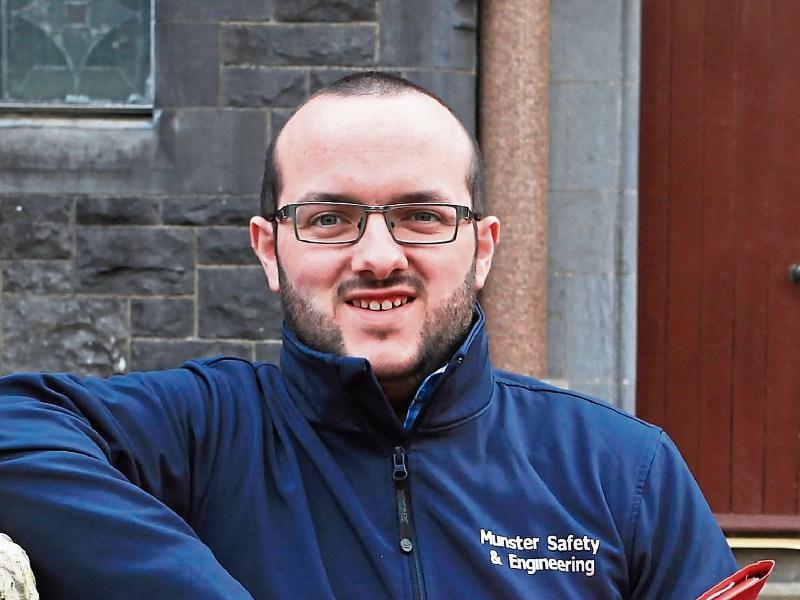 Two of the five finalists in this year’s ‘Making an Impact’ competition organised by the Higher Education Authority in conjunction with the Irish Independent are from Waterford Institute of Technology (WIT) – including Newcastle, County Tipperary man Paul O’Dwyer.

At the final which takes place on Wednesday, 16 November at The Helix, Dublin City University each researcher will have a maximum of ten minutes to make their presentation, followed by a brief question and answer session with an expert panel.

Two awards of €2,500, sponsored by the Irish Independent, will be awarded to two individual winners, one of whom will be picked by the panel and the other by second level students in the audience by vote.

There were over 200 entries from higher education institutions across Ireland and the finalists are charged with effectively communicating their research to a lay audience.

Paul O'Dwyer is  a postgraduate researcher at the Department of Applied Arts, Waterford Institute of Technology (WIT). His entry into the competition is titled “Institutional Racism in the Irish Workplace”.

Paul is from Newcastle and attended the Christian Brother’s Secondary School in Clonmel.

His family includes his parents, John and Marian, brother Niall, sister-in-law Caroline, and extended family of aunts, uncles and cousins in Newcastle, Ardfinnan and Goatenbridge in Tipperary.

Prior to starting out as a researcher at WIT, he completed the three year BA (Hons) in Criminal Justice Studies, graduating in October 2015. He received the Humanities Student of the Year award in 2015. He hopes to go on to do further study in Sociology and Ethics and work as a lecturer/consultant.

“My Masters is investigating the prevalence of institutional racism in Ireland via Irish workplaces. To do this, I am using a mixed methods approach to my research; a large scale case analysis of complaints brought before the Workplace Relations Commission (formerly the Equality Tribunal and other organisations) and the Labour Court, and participant interviews of Commission staff and legal professionals identified through the case analysis. This original research will be paired with a review of literature that aims to chart the development of institutional racism in general and in Ireland specifically, as well as the various factors that are connected to institutional racism,” he said.

Paul’s research project is entirely self-funded. “I have a number of reasons why I picked WIT to do my Research Masters. One of the most important reasons is the staff available to assist students and researchers,” he adds.

Vice President for Research, Innovation and Graduate Studies at WIT Dr Peter McLoughlin commented: “WIT is extremely proud of Paul in reaching the final of this year’s ‘Making an Impact’ competition. This achievement highlights the breadth and quality of research being carried out at WIT. The competition along with the #LoveIrishResearch initiative reinforces the importance of research and making this research accessible to a wider audience.