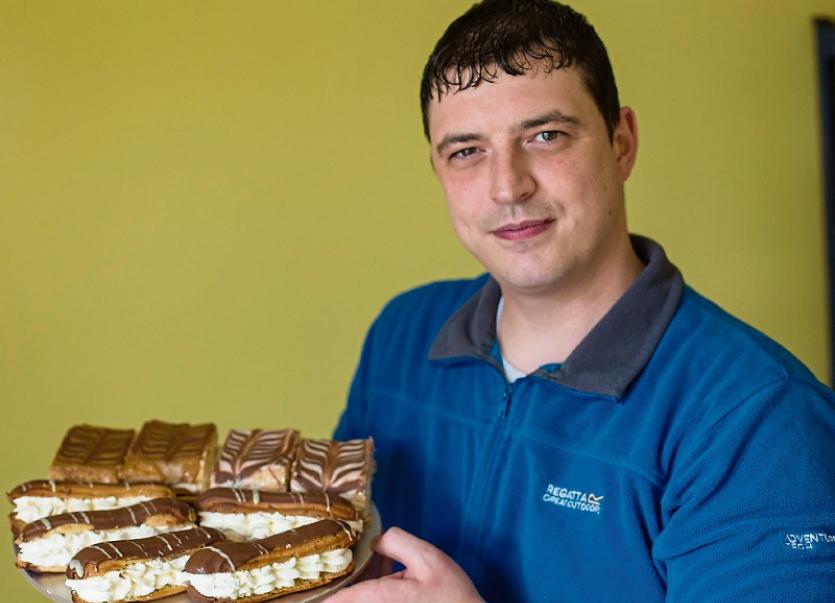 A Clonmel man who took up baking as a hobby to satisfy his fiancé's cravings for cakes and buns when she was pregnant with their first child will appear as a contestant on The Taste of Success programme on RTE 1 television tonight, Tuesday.

Gavin Walsh (pictured above), who operates a small home bakery called Jayden's Cakes from Bianconi Drive, is one of five contestants taking part in the Munster heat.

Gavin is hoping that his Honey and Oat Brown Soda Bread will impress Dungarvan-based mentor Eunice Power and that he will be one of two food entrepreneurs chosen to advance to the next round of the competition.

"I was delighted to be chosen for the heat", says Gavin.

"My family including my mother Theresa are very proud as well, she's chuffed that I'll be on television".

Gavin said he decided to enter the competition because his brown soda bread is regarded as one of the best around.

After he started baking when his fiancé Jamie McMahon was pregnant with their son Jayden, who's now 4, what began as a hobby soon developed into a passion.

He worked for a time at the SuperValu store in the Poppyfields before deciding to start his own business.

His step-father Roland helped him set up the bakery in Bianconi Drive in 2014 and he says he worked hard to build up the business over the last two years.

Gavin now supplies several cafés and restaurants in the area with cakes, buns, brown bread and eclairs. He is supported in the business by Jamie and the couple have another son, Cole, who's six months old.

The third series of The Taste of Success has a top prize worth €100,000, while the winner's food product will also be displayed on the shelves of 140 Lidl stores nationwide.

Presenter Daithí O'Shea is travelling the length and breadth of the country during the eight-part series to sample the culinary delights created by the 20 contestants.

The mentor of the Leinster heat, which was featured in last week's first programme in the series, was Tipperary model Roz Purcell, from Killurney, near Kilsheelan.

Roz is well-known for her popular food blog Natural Born Feeder and best-selling cookbook of the same name.