Another bumper edition of the Tipperary Star is coming your way! 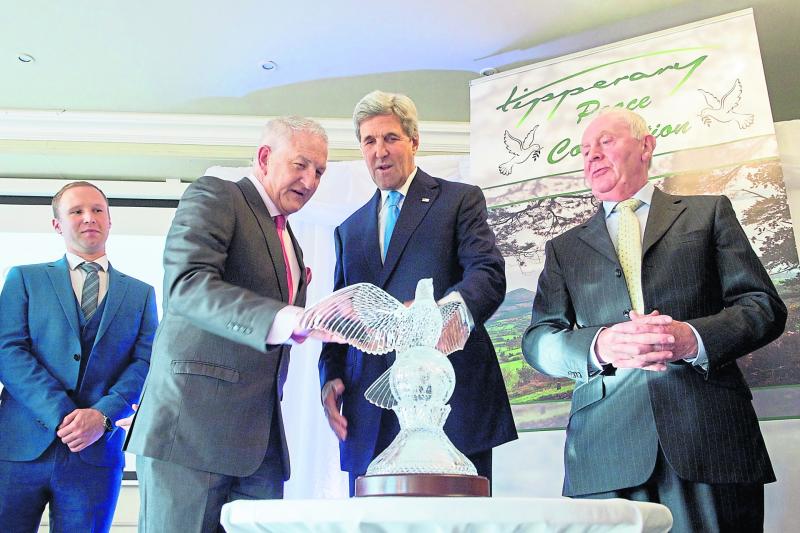 This week we lead with a report on how tensions have eased between feuding families in Roscrea. Watch out for Eoin Kelleher's report from Aherlow House as US secretary of state John Kerry accepts the Tipperary Peace Prize.

The edition also features Niamh Dillon's interview with Niall O'Dowd, the Thurles man at the centre of the Hillary Clinton presidential campaign.

Don't miss our two-page spread of photographs as Thurles CBS and Scoil Ailbhe celebrate their bicentenary in Thurles while Noel Dundon reports from a heart-breaking funeral as colleagues, friends and family pay tribute to Pauline Coonan.

This week's edition also includes a full round-up from Thurles District Court while there are renewed calls in Cashel to bring back the town council and for Tipperary Town to be by-passed. Meanwhile in Nenagh Councillor Hughie McGrath is concerned about European Union funding for the town.

In entertainment Thurles Drama Group are preparing to launch their production of 'Arsenic And Old Lace' while the Nenagh Players are almost to thread the boards with their comedy 'Don't Dress For Dinner'.

In sport Conor O'Brien reflects on his inter-county hurling career and name checks those who influenced him most while Thurles Sarsfields are looking forward to a Munster semi-final clash with Clare champions Ballyea following their one-point win over Ballygunner.

Loughmore-Castleiney have been crowned Tipperary senior football champions for the third time in four years while we also feature reports from all of the GAA championship action which took place last weekend.

There is, of course, plenty of rugby, athletics, soccer, golf, ladies football, cricket, greyhound racing, coursing and much, much more in this week's bumper sports section.

Don't forget to pick up your copy of the Tipperary Star this Wednesday morning.