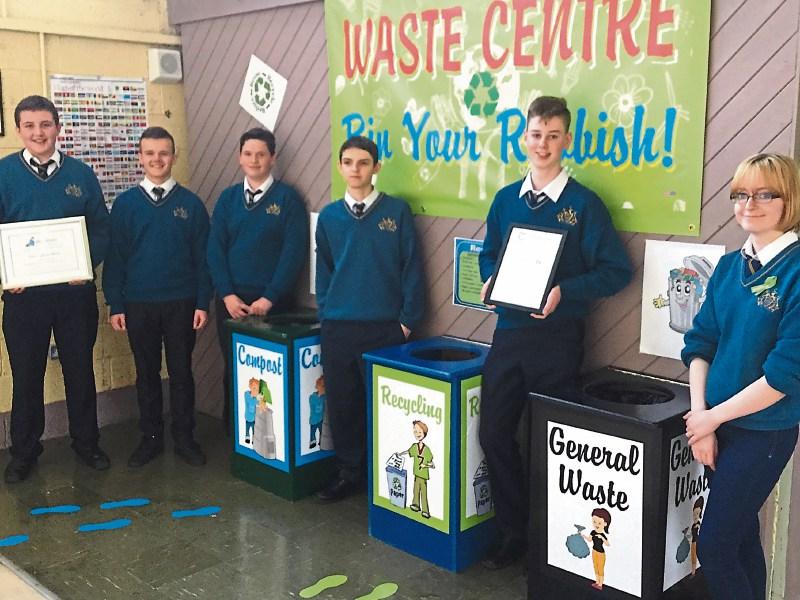 Securing the Green Flag is the next target for Coláiste Chluain Meala, after the school recently won the Tidy Schools competition organised by Tipperary County Council.

Everyone at the Coláiste was delighted that all the hard work of the students and caretaking staff was rewarded.

Success in the competition was the culmination of a drive that began in September of last year with the establishment of the Green Committee by a new group of students.

They got involved in the Neat Street programme, which is a stepping stone towards achieving the Green Flag. Throughout the year the group introduced a recycling facility that worked efficiently in the school.

They also introduced composting and the efforts of the green committee were recognised when they were presented with the Neat Street award last May at a ceremony held in Croke Park.

It's hoped that the school will qualify for the Green Flag next May.

The Coláiste's students' council, meanwhile, is also up and running. The president is Laura Regan and Brandon Smith is the PRO.

Last year the school was presented with the Amber Flag, an award it was delighted to achieve after promoting positive mental health in the school environment.

This year one of the aims is promoting health, diet and wellbeing.

In October three students attached to the students council attended the Comhairle na nOg AGM, the theme of which was Diet and Wellness.

Some of the students who are behind the school’s environmental drive are pictured above. From left, Tom Morrissey, Bobby Sutherland, Andrew Casey, Oisín Gleeson, Alex O’Connor and Laura Regan.