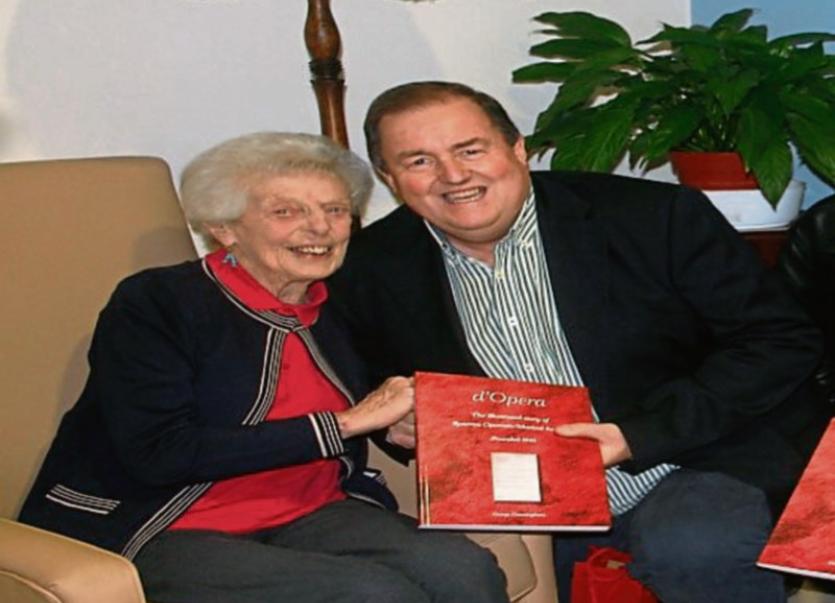 Roscrea Musical Society would like to pass on its sincerest condolences to the family and friends of the late Frankie Bergin.

Frankie had been a long time member of and true stalwart friend of the society since its very inception, taking part as a cast member in the Society’s very first production ‘The Pirates of Penzance back in 1940 and later serving on the committee.

The role she will best be remembered for though is that of Musical Director, a task she took on through thick and thin for 39 years from 1964 until 2003. No one who attended shows in that time will forget the tall, thin figure of Frankie in her place in the centre of the orchestra pit, her back to the audience with baton raised and a line of chorus or cast in front of her waiting for her signal to start. Of such things are legends made. The committee and members of the Musical Society were very saddened to hear of her passing and it was officially noted in the minutes of a recent meeting. May she rest in peace after a long and fruitful life. Ar dheis Dé go raibh a h-anam dílis.