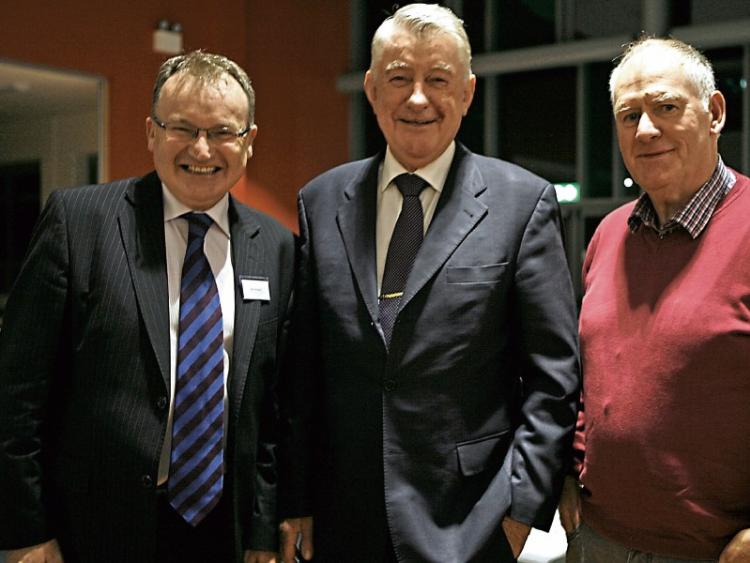 A new 15-year economic and tourism plan for Carrick-on-Suir has identified the upgrading of the town's Heritage Centre, the creation of an enterprise centre and tourist hostel and  redevelopment of a large commercial site near Ormond Castle among its most immediate goals.

The 30-page strategic plan is the culmination of five years of research by members of Carrick-on-Suir Tourism and Economic Development Committee (COSTEDC) that included the organisation of three public consultation forums in the town in 2011, 2013 and 2014 to garner ideas and proposals from local people and organisations.

COSTEDC Chairman Tony Musiol outlined the main proposals of the plan to the elected members and officials of Carrick-on-Suir Municipal District last Thursday afternoon ahead of the launch event.

The development of an enterprise centre for job creation in the town, establishment of a rolling fund to renovate derelict properties with the aim of selling them on and redevelopment of Carrick Heritage Centre were among the projects the plan identified to be achieved over the next five years.

Other projects the plan proposes should be worked on within the next five years include the development of a tourist hostel at St Joseph's College at Greystone Street as the town is short on tourist accommodation and rolling out of the Ormond Castle Quarter scheme to improve the neighbourhood surrounding the Castle including redeveloping the former Wicklow Gardens site near the Quay.

Also listed under the plan's five year objectives is the creation of a Greenway walking and cycling path along the river that is currently under construction and turning the old Comeragh College building at Greenside into an adult education centre, which Tipperary Education & Training Board is already pursuing.

One of the plan's ten year projects is the construction of a building at the town's river boating marina providing showers and related facilities for people using the river for boating, canoeing and fishing and those walking and cycling on the Carrick to Clonmel river bank Greenway. Another 10 year goal is to develop Kickham Street into the town's "Latin Quarter" by developing an open area/ venue for concerts with cafes and other such businesses.

The plan's 15 year goals are the construction of a third bridge over the River Suir to alleviate traffic congestion in the town and development and promotion of a Medieval Quarter incorporating the town's historic lanes, Old Bridge, West Gate and other historic sites.