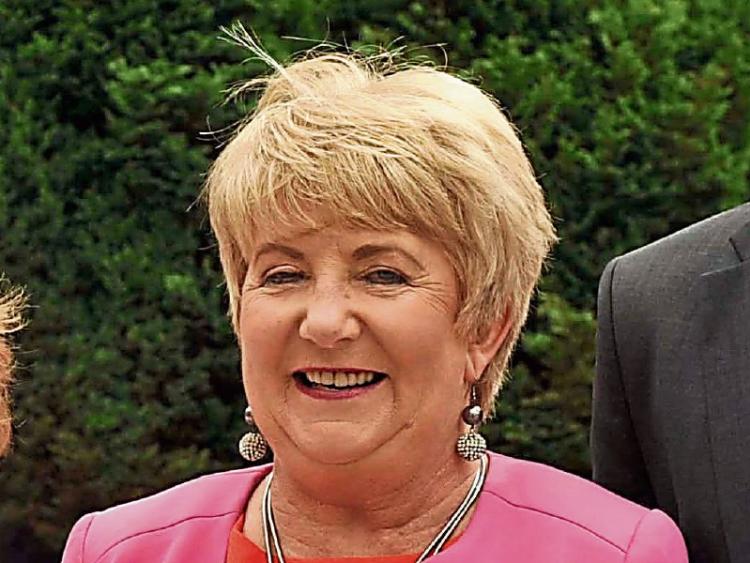 Congratulations to Ms Madge (McGrath) Fogarty, formerly from Rathkenny, Fethard, who was recently a monthly winner in the community category of the Glanmire Sports, Business and Community Awards.

She is a very proud Tipperary woman and a mother of two boys, Shane and Tomás, who both now have very successful careers and are living away from home.

Madge, daughter of the late Kay and Denis McGrath, founded PND (Postnatal Depression Ireland) in 1992, at a time when there was no support for women suffering from Post Natal Depression anywhere in Ireland. She is current chairperson and the group are due to celebrate its 25th anniversary in 2017.

Together with her lifelong friend Bernie Kealey from Dublin, Madge launched the first Irish book on PND in 2010 entitled ‘Recovering from Post Natal Depression’, and dedicated it to Nollaig and Tadgh Kenneally, who lost their lives in 2007. They were the cruel victims of Postnatal Depression.

Madge also joined Glanmire Area Community Association close on 25 years ago and ended up being secretary for 20 years and over the years has become an integral part of Glanmire and its environs, community wise.

Madge has featured on many TV and radio shows, been to the Dáil, spoken at the Guinness Hop Store and Trinity College Dublin and in UCC in Cork and many other parts of Ireland. She has recently been invited to speak at an International Conference on Women’s Mental Health in the RDS in Dublin from March 6–9, 2017, which will be one of the many highlights of her group’s 25th Anniversary.

A truly remarkable woman in every sense of the word, Madge Fogarty is a worthy recipient of the Community Award sponsored by Michael Magner and his team at the  Vienna Woods Hotel.