Jonathan is backgammon champion of Ireland 2016 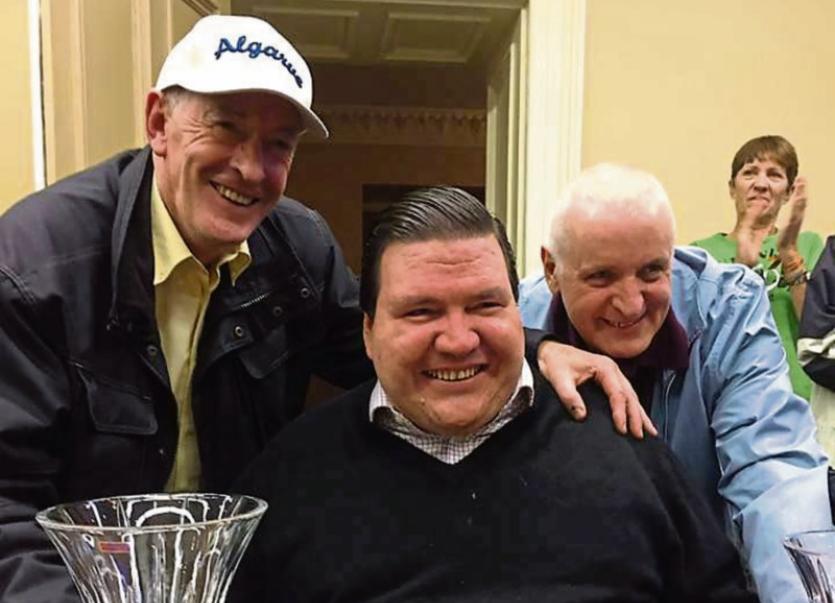 Killenaule man Jonathan O'Grady has beaten off stiff competition from some of Ireland's top backgammon players to bring the champion title back to the premier county.

Jonathan, aged 42, outmaneuvered over 70 opponents who were competing in the 24th Irish Open Backgammon Tournament in Dublin last month to win the Irish Backgammon champ of Ireland title.

“It was a great thrill to win it. There was a lot of luck involved but sometimes when the stars align and lady luck smiles you just have to go for it,” Jonathan told the Tipperary Star. “I play for the fun of it. I entered before and got to the quarter finals but I never expected to win,” he added having walked away with an €800 cash prize and crystal trophy.

The data analyst and business consultant first learned how to play one of the oldest known boards games in the world  while a student at Trinity College Dublin where he studied business and economics.

“I played it when I was in college and followed it on and off over the years after. I recently returned to Ireland after living away and decided to take it back up again,” he said.

Jonathan, who is now living in Dublin, says that there is a thriving backgammon community in Ireland as the game has seen a resurgence in popularity in recent years.

“Its one of the oldest games in the world and used to be very popular in the 1920's but it fell in and out of fashion for a while gaining popularity again in the 70's and 80's and now I can see more people coming back to it again.”

The Irish Open Backgammon competition takes place once a year and  attracts some of the top backgammon players in Ireland and the UK as well as from Scandanavia.

Backgammon is classed as one of the oldest board games in the world, alongside Go and Chess, with evidence suggesting it may be 5,000 years old and is most often traced back to the ancient game  of 'Tabula' however the exact origins of the game are unknown.