Borrisoleigh Native Nominated for Young Pharmacist of the Year Award 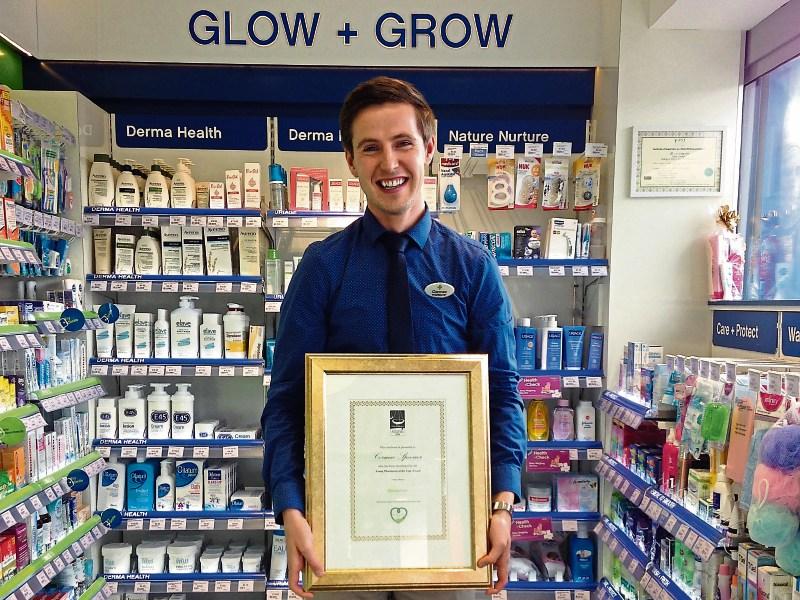 Tipperary-native Cormac Spooner has been nominated for the prestigious Young Pharmacist of the Year award at the Clanwilliam Pharmacy Awards, which takes place at the Mansion House, Dublin on Saturday, 26th November. Cormac works as a pharmacist at Barry’s CarePlus Pharmacy, Templeogue in Dublin.

Cormac, who hails from Borrisoleigh, is a past-pupil of Our Lady’s Secondary School, Templemore. After graduating from Trinity College Dublin, he completed his Masters in Pharmacy placement in Barry’s Pharmacy in 2011. In January 2015, Cormac left Ireland to volunteer at the Billy Riordan Memorial Clinic in Cape Maclear, Malawi, where he spent six months. Following his return from Malawi last December, he worked in Dublin, Kildare and Tipperary before returning to Barry’s CarePlus Pharmacy where he was appointed Supervising Pharmacist.

The Young Pharmacist of the Year Award acknowledges pharmacists under the age of 30 whose activities in the course of their professional duties and development is judged to be highly commendable. The adjudicating panel includes respected pharmacists from various branches of the profession.

Speaking on his nomination, Cormac said: “I am delighted that young people in the pharmacy sector receive this type of recognition, and am lucky to be amongst the other two finalists in the category this year. Being nominated is a huge honour. Thank you to the Clanwilliam Health and the Pharmacist Awards committee for this nomination. I would also like to thank my colleagues here at Barry’s CarePlus Pharmacy, it is great to be part of the team.”

John Carroll, Managing Director of CarePlus Pharmacy, said: “We are delighted that Cormac has been nominated for Young Pharmacist of the Year. This nomination is a tribute to the hard work he does at Barry’s CarePlus every day and highlights his dedication to his post and the patients he deals with at the pharmacy in Templeogue. From all the staff at CarePlus we wish him the very best of luck for the award ceremony at the end of the month.”