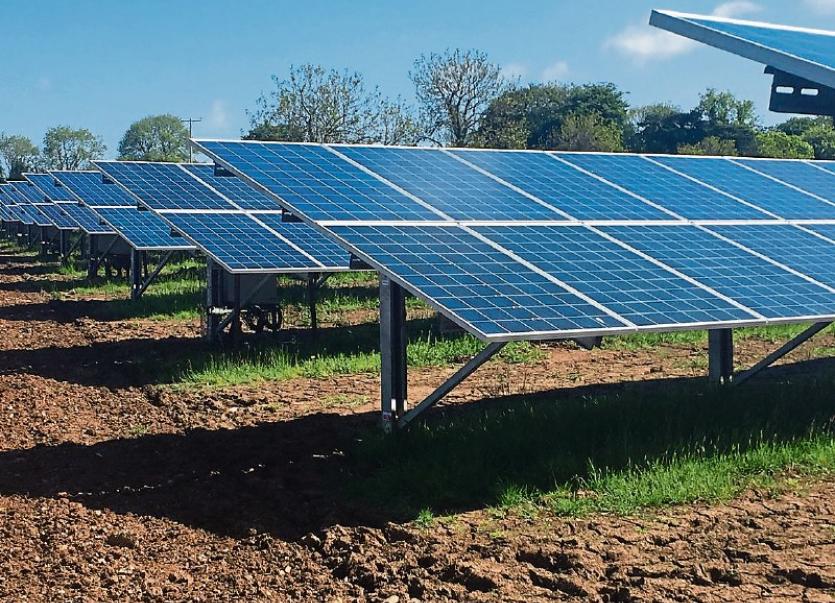 The developers of a new renewable energy 'solar farm' near Cahir, have appealed the conditions granted to them by Tipperary Co. Council to An Bord Pleanála.

Solar Sense Ltd were granted planning permission to build a “solar photovoltaic installation comprising up to 32,000 m2 of solar panels on ground mounted frames, 4 inverters in two blocks, one 20 kV substation, fencing, access track, CCTV and all associated ancillary development works and services, at Loughlohery, Cahir, on September 26th last, subject to 15 conditions. The plans attracted submissions and/or observations from 25 parties, including An Taisce. On October 24th, Solar Sense Ltd. appealed aspects of the decision to the State planning appeals board. A decision is expected on or before March 7th next year. It's understood the appeal relates to a financial aspect of Tipperary Co. Council's decision. Solar Sense Limited was set up on Monday the 15th of February 2016. The company's current directors - Marcus Horgan, Eric Heuvinck and Ellen Phelan - have been the director of 10 other Irish companies between them.