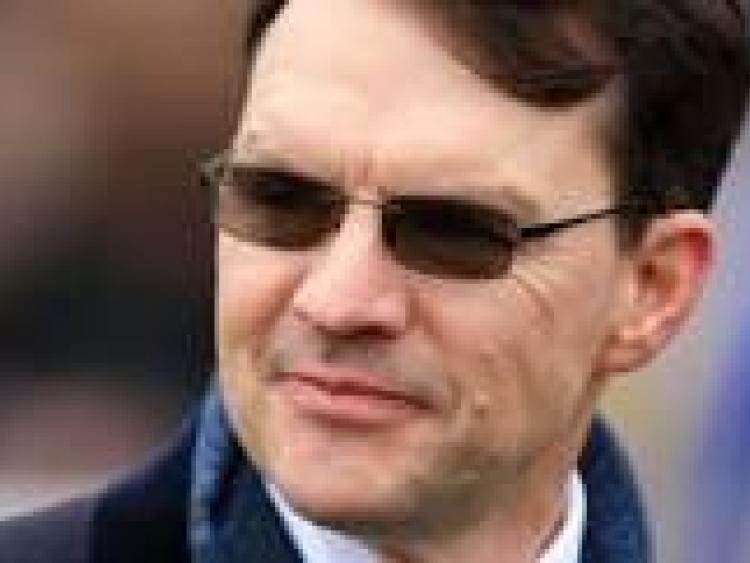 The nominations for the 2016 annual Horse Racing Ireland Awards were announced today, with 26 stars of the racing industry in the running to win an award. Tipperary trainers Aidan O’Brien and Mouse Morris and jockeys Seamie Heffernan from Cashel and Liz Lalor from Clonmel have been nominated.

The nominations for the 2016 annual Horse Racing Ireland Awards were announced today, with 26 stars of the racing industry in the running to win an award. Tipperary trainers Aidan O’Brien and Mouse Morris and jockeys Seamie Heffernan from Cashel and Liz Lalor from Clonmel have been nominated. Brothers Joseph and Donnacha O’Brien have secured a joint nomination.

RTE sports broadcaster Des Cahill will be master of ceremonies for the awards, which take place at Leopardstown Racecourse on Monday December 5th.

Champion Irish Flat Trainer, Aidan O’Brien is nominated in the Flat category after a truly remarkable year with 22 Group 1 wins worldwide along with a 1-2-3 in the Newmarket 1000 Guineas and the Prix De l’Arc De Triomphe, which was an unprecedented achievement.

Trainer Mouse Morris, based in Fethard received a nomination in the Outstanding Achievement category on the strength of his remarkable achievement last season of saddling the winner of the BoyleSports Irish Grand National with Rogue Angel and the Aintree Grand National with Rule The World – something that has not been done since the 1880s.

2016 was an excellent year for talented rider Seamie Heffernan, who is nominated in the Flat category, as he enjoyed four top level wins among a host of other important successes. Most recently, his excellent front running ride on Highland Reel in the Breeders’ Cup Turf earned him plenty of plaudits.

Nominated in the point-to-point category, Liz Lalor has been one of the leading lady riders on the Irish point-to-point circuit over the last ten years. The Tipperary native was at her very best to win by the narrowest of margins at Ballingarry on the final day of the season, bringing her to the six winner mark, and equal with Aileen O’Sullivan and Sheila Ahern, ensuring there was a three-way share of the title.

The trainer/jockey combination of Joseph and Donnacha O’Brien is a joint nomination for the Outstanding Achievement category. They were nominated after teaming up together to win the 2016 Moyglare Stud Stakes at the Curragh on Longines Irish Champions Weekend with Intricately just getting the better of their father’s Hydrangea and Rhododendron respectively.

The winner of the Outstanding Achievement Award is voted on by the Irish racing media and the general public through the HRI website or through forms available from HRI.

Brian Kavanagh, Chief Executive of HRI said: “Every year, the Horse Racing Ireland Awards give us the opportunity to celebrate the tremendous achievements in the Irish racing industry, both at home and on the world stage. The exceptional reputation of Irish racing and breeding is built on the achievements of the hugely talented people we are so lucky to have and I wish all nominees the very best of luck.”

The Goracing.ie website contains information about the awards and each of the nominees, an image gallery and all the latest news. It will also provide a live stream of the awards on December 5th. Voting is now open for the Outstanding Achievement category.

Awards are presented in seven categories: Horse of the Year, National Hunt Racing, Flat Racing, Point-to-Point Racing, Outstanding Achievement, Contribution to the Industry and Racecourse of the Year.

Four category winners are decided by a ballot of the Irish racing media – Horse of the Year, National Hunt, Flat and Point-to-Point.

Trainers Gordon Elliott and Willie Mullins and jockeys Jack Kennedy and Ruby Walsh are nominated in the National Hunt category.

The Point-to-Point category is made up of Enda Bolger, Jamie Codd, Wilson Dennison, Liz Lalor and Barry O’Neill.

The nominees in the Outstanding Achievement category, selected by the Irish racing media, include trainers Adrian Keatley, John Kiely, Mouse Morris and Kevin Prendergast. Jockey David Mullins has also been selected along with the Moyglare Stud Stakes winning trainer/jockey combination of brothers Joseph and Donnacha O’Brien.

The Contribution to the Industry Award will be announced by HRI Chief Executive, Brian Kavanagh. This award is HRI’s recognition of an individual or entity whose overall work and achievements have made a lasting positive impression on racing and breeding in Ireland. Previous winners include Des Scahill, Mick O’Toole, Jim Bolger, Moyglare Stud, Dermot Weld, Colm Murray and Michael Kinane.

The Racecourse of the Year Award winner is chosen by the Racegoers’ Consultative Forum. Previous racecourse winners include Leopardstown, Dundalk and Ballinrobe.