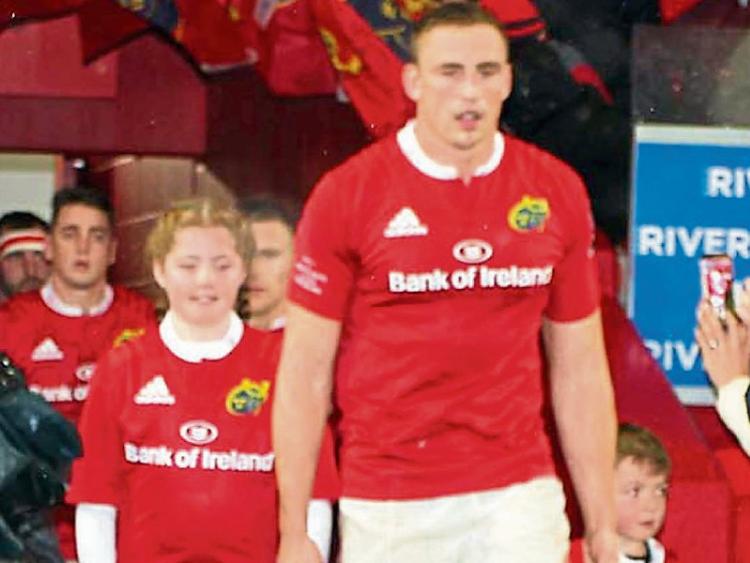 Tommy O'Donnell leads the mascots onto Thomond Park when he captained Munster to victory over the Maori All Blacks on Friday night.

Tipperary's Tommy O'Donnell captained the Munster rugby team on another very special night at Thomond Park on Friday when they beat the Maori All Blacks by 24-17.

The Loughloher, Cahir man had the honour of leading the side, as the famous win over the All Blacks at the same venue in 1978 was joined by another historic victory in what was their first game against the Maori All Blacks.

Torrential rain fell at the Limerick venue but that didn't bother a capacity crowd of 26,600, who enjoyed a passionate performance by Munster.

The win was all the more noteworthy because it was achieved without nine internationals who were on Ireland duty, as well as first-choice fly-half Tyler Bleyendaal as they faced a New Zealand representative side that had put 57 points on the United States in Chicago seven days previously.

Yet the men in red, including five Academy players, did their jersey proud as they outscored the tourists by four tries to two. 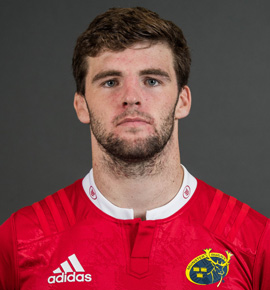 ​Those Academy players included another Tipperary player, Cashel's Sean O'Connor (pictured above), who made an appearance from the substitute's bench for his first cap.

Earlier this year O'Connor starred on the Irish team that reached the final of the ​U-20 World Cup.​

He has now played in two wins over the All Blacks after featuring for Ireland  in their win over New Zealand during that underage World Cup.

The win capped a marvellous week for Irish rugby, after Ireland defeated New Zealand by 40-29 the previous weekend in Chicago to record the country's first test win over the All Blacks.

In GAA, meanwhile, Loughmore/Castleiney bowed out of the Munster Club Senior Senior Football Championship when they lost Sunday's semi-final against Dr. Crokes by 1-12 to 0-9 at Fitzgerald Stadium in Killarney.

Cooper's goal meant that Crokes held a three-point lead at the interval, 1-5 to 0-5, although Loughmore were aggrieved that Brian McGrath wasn't allowed advantage when he was through on goal after 24 minutes, only for a free to be awarded. As hard as they tried Loughmore couldn't close the gap in the second half and Crokes ran out winners by 6 points.

Dr. Crokes will meet The Nire in the final on November 27 after the Waterford champions caused an upset by beating Cork champions Carbery Rangers after extra time in the other semi-final in Clonakilty.

The Nire scored only four points in the first half, and were behind by 6 points with 20 minutes remaining. But they recovered to lead in injury-time, before a late Seamus Hayes point forced extra time.

However there was no disputing the outcome in extra time as The Nire, with the help of a Shane Walsh goal and a sterling performance by Conor Gleeson (who scored 5 points from play on the day) outscored their opponents by 1-4 to 0-2.

Tipperary defender Robbie Kiely was one of Carbery Rangers's best performers but they had no complaints with the result.

It was a miserable weekend for Loughmore when they were beaten by Clonoulty/Rossmore by 1-8 to 1-2 in the County Junior A Football Championship Final in Templetuohy on Friday night.

With the wind and rain behind them Clonoulty blitzed Loughmore in the opening half, scoring 1-5 (the goal coming from Dillon Quirke) while Loughmore failed to score.

Clonoulty had 1-8 on the board by time Loughmore registered their first score with 19 minutes remaining and there was no way back for them at that stage.

In soccer the big game was the clash of Clonmel Town and St. Michael's at the Dr. Pat O'Callaghan Complex, which finished all square. Russell Quirke fired the Saints ahead, with David McGrath hitting a late late equaliser.

In other Premier League games Clonmel Celtic had a much-needed 3-2 win away to Cashel Town. Tipp Town beat Two-Mile-Borris 5-1 and Peake Villa beat Galbally United 7-0, a game in which Dale Loughnane scored a hat-trick within 10 minutes of his introduction as a substitute.