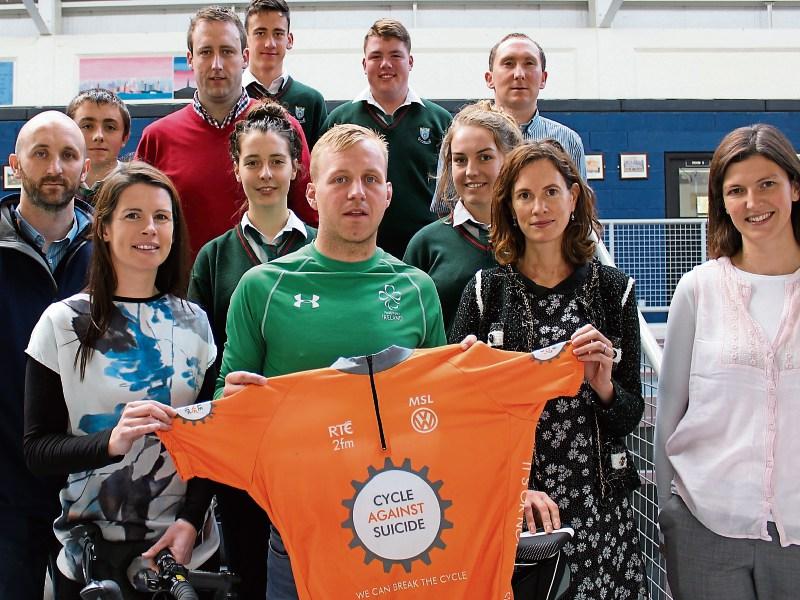 As part of the school's Cycle Against Suicide initiative, Irish Paralympian Peter Ryan visited Cashel Community School recently to speak with pupils about his life.

Peter, who is from Drombane, was a former Tipperary minor hurler who was diagnosed with Leber’s hereditary optic neuropathy, a rare, genetic form of vision loss.

He spoke to the pupils about the challenges he faced and his pathway to becoming a two time Irish Cycling champion to representing Ireland recently at the Paralympics in Rio. Peter gave an inspiring talk that was very well received by all.

Cashel Community School are an Ambassador School for Cycle Against Suicide and the pupils and staff are currently in training for the Cork/ Tipperary Leg of the 14 day cycle on May 4. The school has received great support from the local cycling club, the Rock Pedallers.

Cycle Against Suicide is a successful national initiative aimed at promoting positive mental health. Their motto is simple; It's Ok not to feel Ok and it is absolutely Ok to look for help.