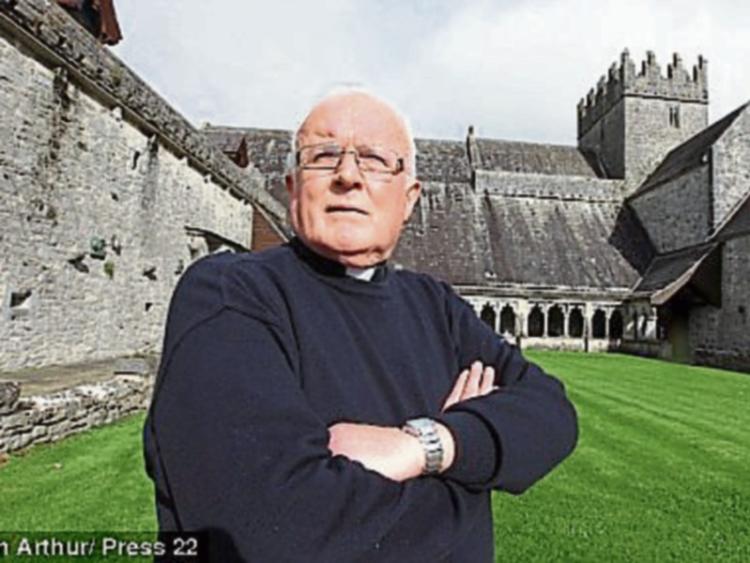 Hundreds turned out this week to pay their respects to the Parish Priest of Holycross, Very Rev Fr Tom Breen, who died at the weekend aged 74 after a long battle with illness.

A native of Ayle, Cappawhite, Fr Breen had served as PP of the parish for more than two decades and was a central figure in the lives of parishioners - he had enjoyed tremendous support in Holycross during his time there, and loved working in the parish which he came to regard as being home - he had also worked in Brisbane, Thurles and Tipperary as CC, and Ballylanders as PP.

Fr Breen died peacefully in the care of the Matron and staff of the Thurles Community Hospital of the Assumption where he had been for a number of weeks. He had endured a long battle with illness over a number of years but was always determined to return to his parish and work with his parishioners, even throughout his illness. He suffered greatly with arthritis for a number for years before being diagnosed with cancer - a disease he fought and battled right up to breathing his last and going to meet his Maker.

Indeed, Fr Breen bore his illness with great dignity and fortitude and was an inspiration to parishioners as he continued to preach the gospel of Christ despite being in great pain and discomfort - on many occasions he celebrated Mass and other ceremonies from a wheelchair. But, his voice remained strong and he continued to use it to fulfill the vows he made on the day of his Ordination many years before.

Fr Breen was very well known for his work with the annual Novena to Our Lady of Perpetual Help in Holycross Abbey which attracts thousands to the ancient place of worship each and every year. His was a warm and welcoming face in Holycross Abbey from the 7:00am sessions right through to the 9:30 pm sessions - those nine days each year in September, were gruelling tests of stamina, but he always regarded them as being privileged times and an inspiration to him and his priestly colleagues. The manifestation of faith displayed by the multitudes and the sense of kindness and goodness of people, pleased him greatly, and gave him great satisfaction.

Fr Breen loved his parish work and the hundreds of people who turned out to pay their respects in Holycross on Sunday evening when he returned 'home' was testimony to his popularity in the parish. Guards of Honour were observed by; schoolchildren from St Michael's National School of which he was Chairman of the Board of Management for more than two decades; children and staff of Ballycahill National School, Parents Council, staff and Board of Management members; Holycross Ballycahill GAA club of which he was President; to name just a few organisations.

Fr Breens remains were received by Rev Fr Celsus Tierney and Rev Fr Michael Mullaney - his colleagues in the parish, while Archbishop Kieran O'Reilly and Archbishop Emeritus Dermot Clifford were in attendance too. Also there were Canon Liam Ryan and Rev Fr Tommy Ryan, both of whom reside in the parish, along with many others who came to offer their support.

Fr Breen lay in repose in Holycross Abbey on Monday with Mass being celebrated on Monday evening by his cousin Fr Tom Breen - again, it was a packed Abbey as people came to pray for their friend and figurehead of the parish.

His funeral Mass on Tuesday afternoon was a celebration of his life and his goodness with many organisations and groups in the parish being involved throughout. Young and old alike attended to say their final farewells with St Michael's National School remaining closed as a mark of respect. Archbishop Emeritus, Dermot Clifford was Chief Celebrant, with Archbishop Kieran O'Reilly and Rev Fr Tom Breen, concelebrating along with many others clerical colleagues.

Fr Breen was laid to rest in the cemetery, in the shadow of his beloved Holycross Abbey, and just a short distance from the parochial house which he had opened up to the community in so many ways and on so many occasions. The River Suir flows gently by, as it has done for generations and will continue to do for many more years, just a few yards away behind the Padre Pio gardens. It is a peaceful resting place amongst his people.

During his time as PP of the Holycross, Fr Breen endured the agony of having the relics of the True Cross stolen some years ago. It was a time of great torment for him and the parish, but, his joy was great when the relics were returned a few months later having been recovered by An Garda Siochana following extensive investigations. Those relics would not be hidden away from the faithful though and Fr Breen saw to it that they be housed in a safe, secure section of the Abbey, in full view of all who visit the ancient place of worship. He had achieved much in his time as PP of Holycross, but perhaps his greatest legacy will be that the relics of the True Cross remain in full view, continuing the ancient tradition of the Abbey.

This week there is a void in the parish of Holycross and Ballycahill - an empty chair at the table. But, there is also a great sense of appreciation and thanks for the service given by Fr Breen, despite the many challenges he and the Church faced in recent times. He led when it was easier to follow; he stood up and was counted when it was easier to sit down and be quiet; he consoled, comforted, sympathised and empathised with his people; and he assured them at all times, that the message of the gospel he believed in, was the key to living a good life, even if those who preached it might be flawed.

Father Breen's passing is most deeply regretted by his Grace, Archbishop Kieran O’Reilly; clergy and colleagues of the Cashel and Emly Dioceses; his parishioners and especially those with whom he worked so closely on a daily basis; his sister Madge (Cleary); brothers Jack (Ayle) and Liam (Clonmel); sisters-in-law Ann and Mary; brother-in-law Paddy; cousin Fr Tom F. Breen (P.P. Fethard); nephews; nieces; grandnephews; grandnieces; cousins; extended relatives; parishioners and many, many friends.

May he rest peacefully in the Heaven he believed and in the presence of the God he served so well for 49 years since his Ordination in June 1967 in St Patrick's College, Maynooth .