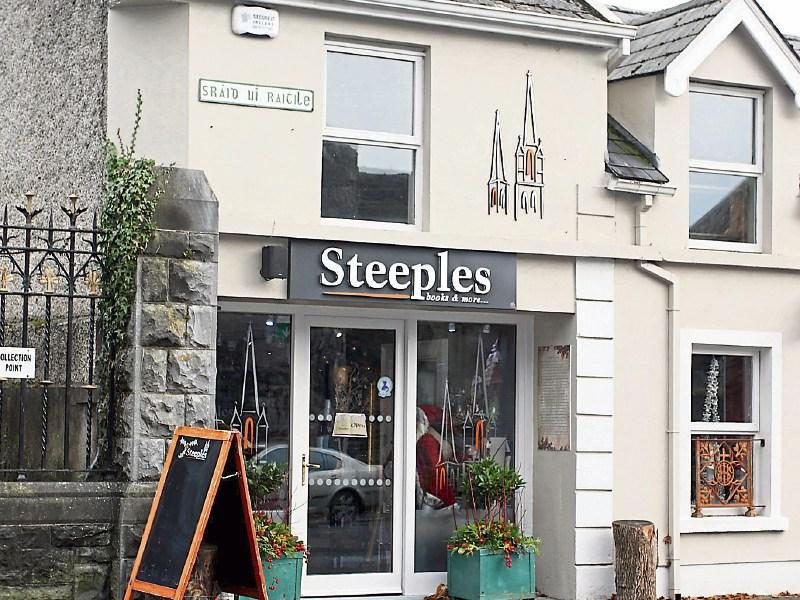 Steeples (Books and More) in Nenagh

A Nenagh bookshop and cafe was refused a wine licence by Nenagh Court after it ruled the premises did not fall under the definition of being a house of refreshment.

The Gardai objected to an application by Noel Duggan, company director, Steeples (Books and More), 1 O'Rahilly Street, Nenagh, for an in-house licence.

The objection was based on claims that the premises did not have permission to be a cafe / refreshment house, and that functions had been held there during which wine had been consumed without a wine licence.

Supt Bob Noonan maintained the premises was a bookshop and cited legislation going back to the Refreshment House Act of 1860, as amended under the Finance Act 1989.

However, Mr Duggan's solicitor, Michael Collins, said that under the Act it was a refreshment house and the Act described places of refreshment, resort and entertainment.

“It is essentially a bookshop with seating where literary events are held such as book launches and book discussions,” he said.

Mr Collins said that it was the intention that these events could take place with a glass of wine.

“In sophisticated circles around the world, literary events are often accompanied by wine and cheese,” he said.

However, Supt Noonan contended that Steeples had planning permission solely as a bookshop selling religious publications and associated items.

Supt Noonan suggested that the simplist thing to do was to go back and regularise the planning.

“That will take time, but it will bring it within the definition. At the moment, it is putting the cart before the horse,” he said.

Mr Collins accepted that planning permission was separate and part of the planning process, but stated that the purpose of the application was so that people could enjoy a glass of wine.

Judge Elizabeth MacGrath said there was no entitlement to provide refreshment on the premises as it was not covered by planning permission.

“Does that mean that every shop in town, even those selling sticky buns can apply for a wine licence. The key issue is it must come under the definition of a refreshment house,” she said.

Otherwise, said Judge MacGrath, they would be driving a coach and fours through the licensing laws.

“It can't be granted to a non-refreshment house,” she said, dismissing the application.

Recognizance in the event of an appeal were set in Mr Duggan's own bond of €250.