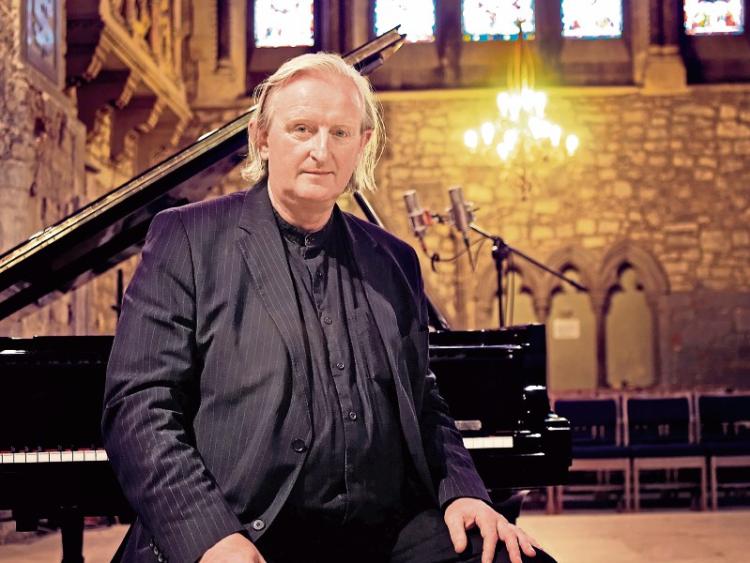 Renowned Clonmel composer and Freeman of the town, Micheal O Suilleabhan, is retiring as chair of Music at University of Limerick.

He was appointed the first chair of the faculty in 1994 where he founded the Irish World Academy of Music and Dance.

Now to mark his retirment, University of Limerick (UL) will host a gala concert next Tuesdaycelebrating his music

The RTÉ Concert Orchestra, conducted by David Brophy, will perform with Mícheál and a selection of special guests in University Concert Hall Limerick on November 22.

An internationally acclaimed performer and composer, Micheál Ó Súilleabháin is acknowledged as having developed a unique Irish piano style exploring the sounds of traditional and classical music with occasional incursions into jazz and other world music forms.

He is highly regarded in his home town and was accorded the Freeman of Clonmel earlier this year for his contribution to music and dance.

"It is a great honour to perform with the RTÉ Concert Orchestra - one of the most acknowledged orchestras in the world," Micheál said.

"Doing so affords me the opportunity of visiting and revisiting parts of my compositional life, to provide a special evening of my music.

“I have spent several months preparing exclusively for this concert, retouching old scores, writing new ones," he added.

The concert, Elver Gleams, reflects the title of the musician's 2010 album.

"Some special friends will join me as soloists including the world acclaimed Ken Edge on saxophone, Niall Keegan on trad flute and Padraic Keane TG4 young traditional musician of the year on pipes.

“I am especially happy that my two sons Eoin and Moley are flying back from the USA to join me for some final songs they have written themselves which I have specially orchestrated for the occasion. Kathleen Turner and the Irish World Academy Choir will add a special touch to the concert," Mícheál outlined.

"I'm immensely looking forward to this concert," he continued.

Micheál was appointed the first ever Chair of Music at the University of Limerick in 1994 where he founded the Irish World Academy of Music and Dance.

The academy is now recognised internationally as a centre of academic and performance excellence, offering a suite of taught undergraduate and postgraduate programmes honouring the energies of performance and academic reflection across a wide range of genres and disciplines.

According to Professor Don Barry, president of UL, "Mícheál Ó Súilleabháin has been a dynamic, creative force at UL since 1994 when he established the Irish World Academy to pioneer new research, teaching and performance programmes in music and dance.

“His unique cultural vision has drawn talented students and staff from all over the world and I look forward to the concert which will celebrate Mícheál's remarkable contribution to Irish cultural life".

All are welcome to attend this once-off event. The concert, Elver Gleams, takes place at University Concert Hall, Limerick on Tuesday, November 22 at 8pm. Tickets are €20 and available from www.uch.ie or