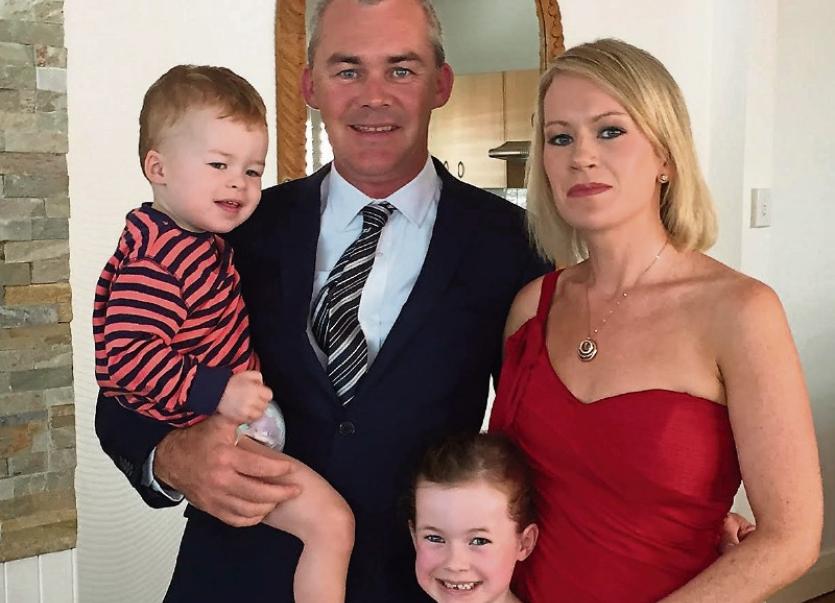 Oliver Morrissey with his wife Catherine and their children Liam and Eabha.

A new smartphone app that could revolutionise the construction industry has been launched by a man originally from Golden.

Oliver Morrissey is now living in Australia and working in the construction industry. The smartphone app he has developed has been described as a 'Google Maps for under ground.'

Oliver, the founder and managing director of the company, explains: “I started Utillix because there was a major problem in the industry, people's lives were being put at risk every day of the week and it seemed everyone was happy to go along with the old school of things - but technology is the way forward.”

Oliver got the idea for the app when he was attending a course for the construction industry on how to read black and white line drawings or maps of utilities like gas pipes and power lines. Construction workers are required to ring 'dial before you dig' to check paper maps.

Oliver said he wanted to make things safer for the guys out there doing the work. “They were out there digging before without knowing what was below the ground and they could have actually blown themselves up with a gas pipe.

“So now, by looking at their mobile phone we give them the info from our office to their phone, they see a yellow gas pipe and stop digging.” 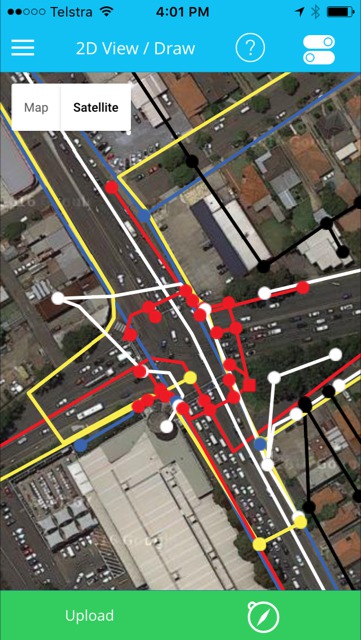 Above: How Utillix looks on a smartphone screen

There is nobody else in the world doing what Utillix are doing, Oliver says, and the worldwide success of the company seems set with a partnership with technology giant IBM. It is already expanding to Asia, Europe and the US after less than a year of operation.

He is grateful to the mainly Irish construction industry in Australia who were “more than helpful” with feedback and beta testing as the app was being developed, as well as the New South Wales government which also backed him.

“In five years I want us to be as good as Google Maps but underground,” is Oliver's ambition.

Currently there is a free end user application where users including builders, farmers, plumbers and engineers can take pictures and upload their information - colour coded for water, gas, electric; date stamped and GPS coordinates provided. UTILLIX Enterprise is for companies and councils which they adapt to suit their needs. John Hanafin of Thurles is the Managing Director of Utillix Ireland and will be approaching councils and business in Ireland to adopt the technology, whilst also creating employment in Ireland.

Oliver first went to Australia when he was 17. He spent time there and in Ireland over the years, getting engaged to his wife Catherine at the Sydney Opera House in 2006. They were living back in Ireland, where Oliver was in construction management with BAM Civil, when the downturn came and they felt the only choice was to return to Australia in January 2011.

It was a “heartwrenching” decision for them at the time, leaving their families. Their daughter Eabha was just 10 months old, she will be seven in February and is an excellent Irish dancer! The family has also been joined by a little boy, Liam, who is two and a half. “The community is very good and we love it here,”Oliver says.

Oliver and Catherine hope to return to Ireland next summer, to expand the business and visit their families - Oliver's mum Anna lives in a Dundrum nursing home. Catherine is daughter of Roger and Alice Peters living in Mortlestown Cahir. Before emigrating she worked at St John the Baptist Boys School in Cashel and is now Utillix director and working at a private school in Sydney.

Utillix picked up the Start-up Award at the recent Irish Australian Chamber of Commerce Awards in Sydney. “I think that we won because our product is innovative, no-one else is doing what we are doing and it is globally scalable,’ said Oliver.

For further information contact support@utillix.com or download the app from the App Store, Google Play or the Windows Store.