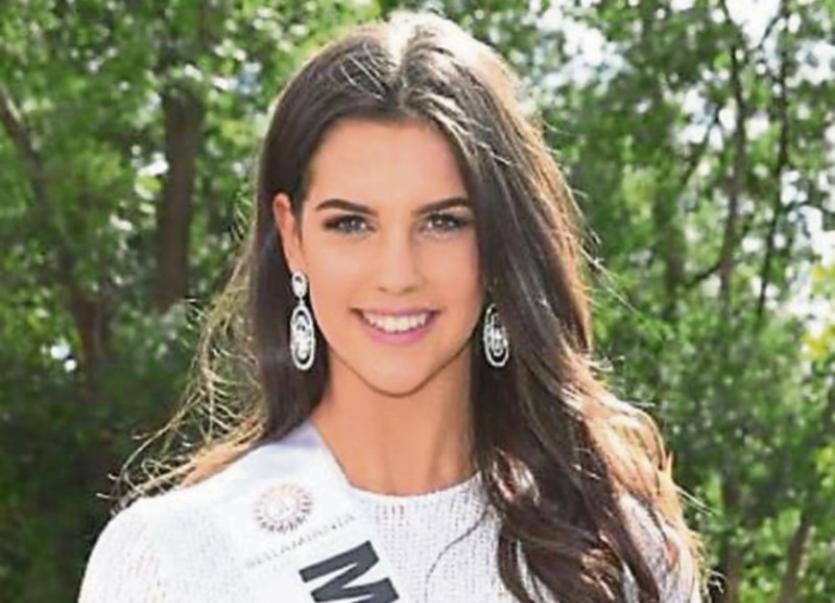 “I'm really excited and just want to get over there and get started. The last few months have gone so fast and I've prepared so I can't wait to get going,” says Portroe's Niamh Kennedy who has been busily putting the final arrangements in place ahead of her month long Washington adventure at the Miss World Final.

“I'm almost there, just getting the last bits and pieces together before I head over on Friday,” the current Miss Ireland tells the Tipperary Star.

Niamh, who only last weekend celebrated her 21st birthday, will compete against over 110 other girls from around the world over a three week period beginning this Saturday and running right until December 18.

Throughout her American adventure on Capitol Hill Niamh will take part in a range of activities including sports, interview rounds, talent segments and modelling where each contestant will be awarded points from the judging panel. The contestant with the highest score will then be crowned Miss World 2016.

“I decided to do Irish dancing as my talent and I've got a great coach in Dublin who's been putting me through my paces,” explains Niamh who is also a fully trained ballet dancer.

And as well as fulfilling all her Miss Ireland duties over the past three months, the International Finance and Economics’ student has also become something of an ambassador for the Alzheimer’s Society of Ireland- a cause close to Niamh’s heart having lost her father to the disease five years ago.

“I was only five when my father was diagnosed so I didn't understand a lot of it and it wasn't until I reached my teens that I became fully aware of what was happening.”

“For a while I was very unsure of myself and I suppose given all that was going on with my dad I wanted to hide away for a while.”

“But the society did so much for us down through the years that all I want to do is give something back and help raise as much awareness as I can, especially of early onset Alzheimer's as my dad was only 42 when he was diagnosed.

“ It'll be something I'll be talking about at the Miss World final because it's a part of me and I am who I am because of what I've gone through,” said Niamh.

I think that knowing how happy I am and the work I'm doing with the Alzheimer's Society would make my dad very proud,” she added.

And given the competition's location is there any possibility of running into the new American President.

“I genuinely don't know. I feel like the election will probably feature heavily as part of the interview rounds because of where we are but I couldn't tell you after that,” adding that Nenagh's Tadgh O'Flynn jewellers will also play a starring role in DC having kindly sponsored a specially crafted Irish coin pendant for the annual charity gala at the competition.

“I’m just trying to take it all in my stride and have a great time,” she says.

The winner of the 66th Miss World competition will be announced at a live grand final in on Sunday December 18.