The Late Theresa Finn will be laid to rest on Monday 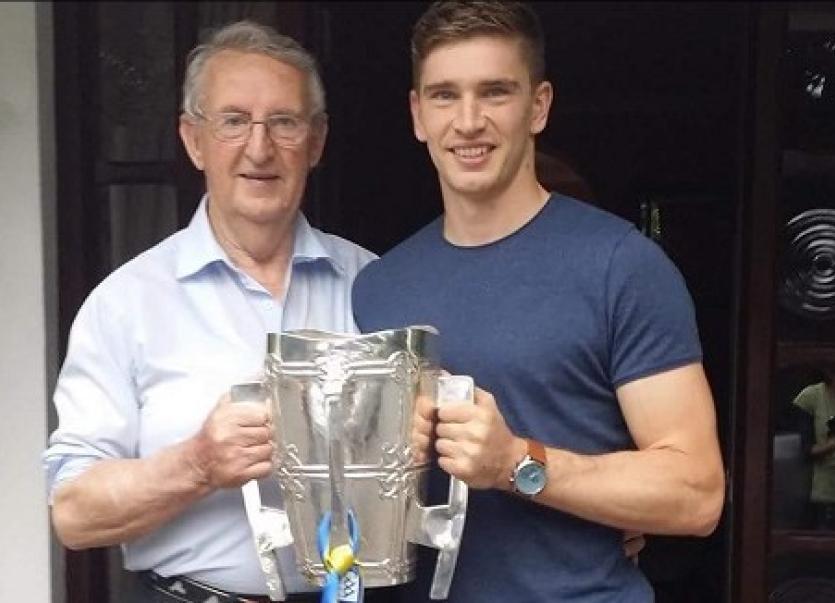 In happier times - Jimmie Finn pictured with Tipp captain Brendan Maher and the Liam MacCarthy Cup a few weeks ago.

The wife of former Tipperary All-Ireland winning senior hurling captain Jimmie Finn has passed away after a short illness and will be laid to rest on Monday.

Tributes have been paid to the wife of former TIpperary hurling great Jimmie Finn of BorrisoIleigh who died at the weekend and will be laid to rest on Monday after Requiem Mass.

Theresa Finn (nee Harney), originally from Templemore, was well known and very highly regarded in Borrisoleigh where she was described as being a great neighbour and friend.

Theresa died in the care of the staff of St Theresa's Nursing Home in Thurles with her husband Jimmie who led Tipperary to All-Ireland senior hurling glory in 1951 - the youngest ever All-Ireland winning captain - by her side, along with their family and close friends.

Theresa will repose in Kennedy's Funeral Home in Borrisoleigh this evening (Sunday) from 5-8:00pm.

The mother of former Tipperary County Board Chairman and current Chairman of the Semple Stadium Management Committee, Mr Con Hogan has also passed away this weekend. Funeral arrangements to be announced later.

May they rest in peace.