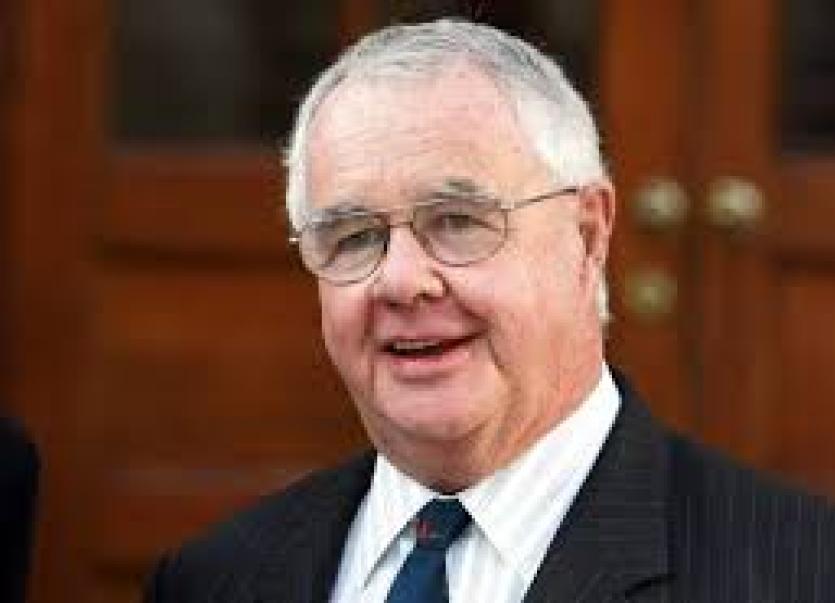 Judge Reilly, who was originally from South Tipperary, served for many years in this district, covering courts in Nenagh, Thurles, Cappawhite and Roscrea. He also served in Limerick city. He also sat in the Special Criminal Court. He was appointed to the bench in 1982.

Judge Reilly retired from the bench some years back and took up the role as Inspector of Prisons in 2007, a position he held until his death last Saturday.

He chaired the inquiry into the Ballycotton disaster in 1991, which inquired into the deaths of four fishery officers who died on July 7, 1990, after their vessel got into difficulties while on salmon patrol duty.

He was appointed by the Irish Government in 2007 to examine events related to injuries sustained by the Leader of the opposition party in the Seychelles, other leading members of that party and members of the public at the hands of the police in 2006.

Judge Reilly famously sat for a number of days in Thurles during the Feile festival and was scathing in his remarks about its organisers.

Having visited New Zealand in the 1990s, he brought back to Ireland the concept of community justice and was instrumental in setting up Nenagh Community Reparation project in 1999. Under the system, those convicted of minor offences do not receive a criminal record if they carry out certain actions under contract between them and the reparation programme. The programme now extends to most of Tipperary and Limerick and is available in Tallaght, County Dublin.

Between 1999 and 2007, Judge Reilly was a member of the National Crime Council and chair of the Criminal Justice System Subgroup of the Council.  This Subgroup oversaw the completion of a number of reports including those dealing with developing a crime prevention strategy for Ireland: Tackling the Concerns of Local Communities; Public Order offending patterns; An examination of time intervals in the Investigation and Prosecution of Murder and Rape Cases in Ireland from 2002 to 2004; and a report looking at the community court concept

From 2003 to 2006, he was a member of PROTECT N&S, a joint initiative to develop co-operation between public bodies in Northern Ireland and the Republic of Ireland with particular reference to the management of offenders, and from 2005 was a member of the International Penal and Penitentiary Foundation based in Switzerland.

A keen sailor, Judge Reilly was a member of Lough Derg Yacht Club in Dromineer.

Tributes were paid to him by Tanaiste and Minister for Justice Francis Fitzgerald who said: "He was robust and fair-minded in the way he carried out his work as Inspector of Prisons. He was not afraid to criticise where this was merited, but he retained the respect of everyone involved in penal policy throughout his tenure as inspector. Judge Reilly was determined his work would make a difference and it did."

She offered her personal condolences, and well as those of the Government, to his family.

His remains are reposing at Keller's Funeral Home, Nenagh, this Monday, November 28, from 5pm to 7pm. Funeral arriving to Portroe Church on Tuesday at 11.45am for funeral Mass at noon, followed by burial in the adjoining cemetery.