'The Wizard of Oz' wows audiences 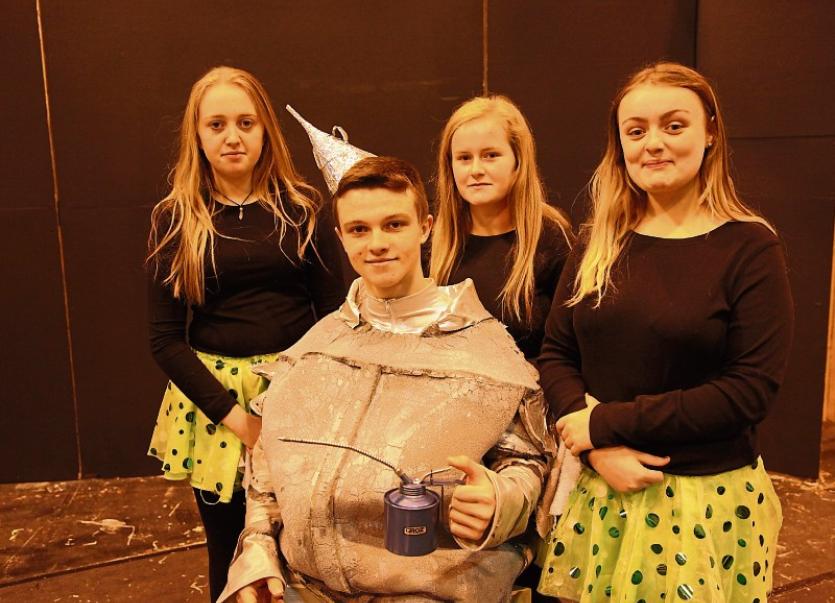 The Transition Year students of Coláiste Phobal Ros Cré wowed audiences with their singing, dancing and acting talents in their recent production of ‘The Wizard of Oz’.

Forty eight students portrayed the tale of Dorothy Gale from Kansas, who ‘Followed the Yellow Brick Road’ to the magical city of Oz.

The students began rehearsing for this production in September. Many of the group had never been on stage before but thanks to their hard work and the hard work and commitment of the show’s producers Ms Egan and Mr Maher, audiences were treated to a fantastic production.

However, this show would not have been possible without the involvement of the entire school community. Many staff and parents too numerous to mention gave willingly of their time and expertise in ensuring the production was a success.

Thanks also to all the members of the pit choir for giving of their time during the rehearsals and the performances.

The musical was a tremendous success and each student involved in its staging should be very proud of themselves and of one another. Well done to all.