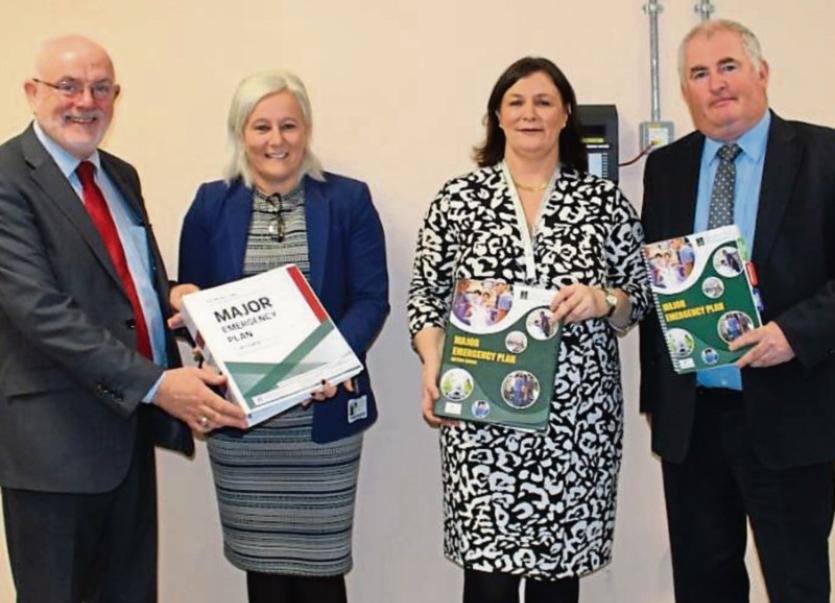 UL Hospitals, of which Nenagh Hospital is a member, has become the first group in the country to produce a major emergency plan.

Major emergency planning is built into key public services in Ireland and interagency plans - involving collaboration between health authorities, local authorities and An Garda Siochana at a regional and national level - have long been in existence.

Major emergency plans provide staff with roles and responsibilities in the event of the declaration of a major emergency. Individual hospitals have long had them in place but following the formation of hospital groups, it is now a requirement to deliver a plan at group level.

“This document provides staff across UL Hospitals with a plan of action in the event of a major emergency being declared and is also a guide on how to implement that plan,” said group CEO Colette Cowan at its launch.

Critical to the plan is that it takes an all hazards approach. That means the plan can be applied across a range of different scenarios that, while we must hope they never happen, we must nonetheless prepare and plan for,” said Ms Cowan. “Some such emergencies are universal, whether it might be a major transport accident; an explosion; a building collapse; a pandemic and so on. The plan also assesses risks specific to this region, a region where we have an international airport, where we have large crowds gathering for sporting and other events; and a region where we have power plants, chemical plants, fuel depots and other sites defined as hazardous under the Seveso directive.”

Ms Cowan said that they were delighted to be the first group in the country to produce a major emergency plan and thanked Prof Niall O’Higgins, chairman, and all the members of the UL Hospitals Group board for recognising its importance and approving the plan.