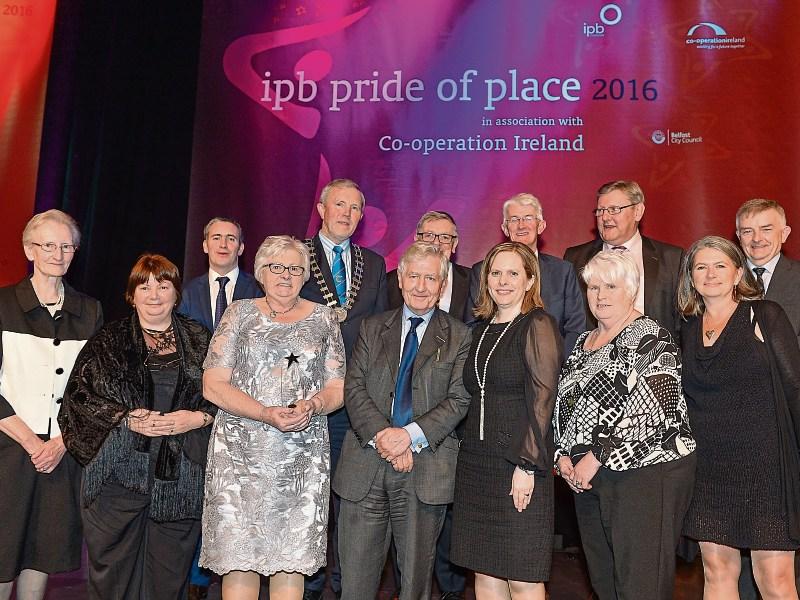 At the annual Pride of Place Awards Ceremony on Saturday (26 November), Three Drives Family Resource Centre, Tipperary was presented with one of the top awards in the Competition.

It took top place in category nine, which is the Housing Estates category.

Remarking on the Three Drives Family Resource Centre, The judges said they received a memorable and heart-warming welcome from the residents of the category winning estate.

This is a huge story of perseverance, innovation and significant collaboration down the years. The presentations were short, to the point and delivered a powerful message. A wide range of much needed and valued services is being delivered.

The judges were really impressed with this project, the people they met, and the impact of the project and the work being done.

The winners of the Pride of Place awards, known affectionately by many as the ‘Community Oscars’, were announced at the special gala event in Belfast Waterfront Hall in front of an audience of approximately 1000 guests and VIPs with many more people tuning in on-line to watch the live broadcast of the ceremony.

Now in its 14th year, the all-island Pride of Place Awards promotes and celebrates the best in community development and recognises the selfless efforts of people in making their neighbourhoods better places to live, work and socialise. This year, a broad spectrum of groups were nominated, ranging from small rural communities to inner city housing estates.

The Pride of Place Awards are divided into three awards sections – the main, the cities and the special awards and during the evening a total of 53 awards were announced by TV personality Claire McCollum. The awards ceremony was hosted by Belfast City Council, with the Belfast School of Music, Streetwise Community Circus, Belfast Community Gospel Choir and The James Peak Experience providing the entertainment.