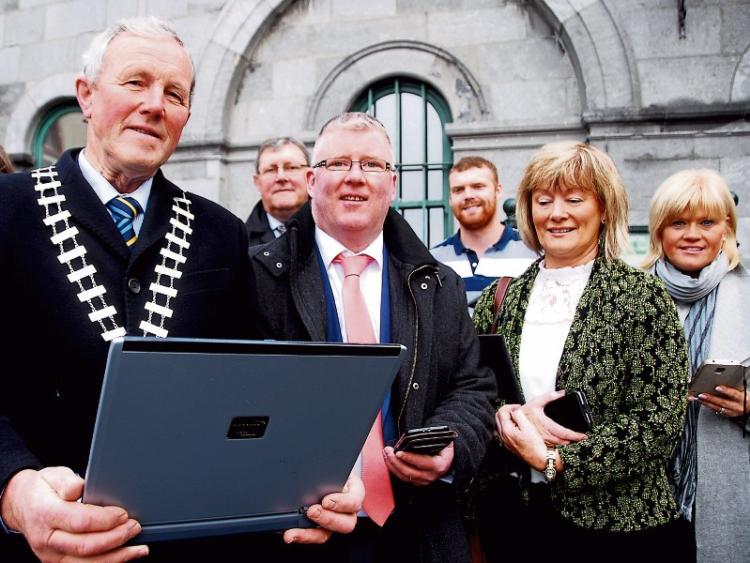 Tourist and locals alike can now access free WiFi on the Plaza in Cashel Town Centre.

Thanks to a joint initiative by MYNET and Tipperary County Council the centre of Cashel is now freely connected to the outside world.

Jack Raeburn from MYNET was on hand as the free WiFi was officially launched by Cllr Roger Kennedy, Cathaoirleach of Cashel Tipperary Municipal District Council, on Tuesday November 15, along with his fellow councillors, council officials and Aiden Hynes, President of the Cashel Chamber, who warmly welcomed this development at the heart of the Cashel business district.