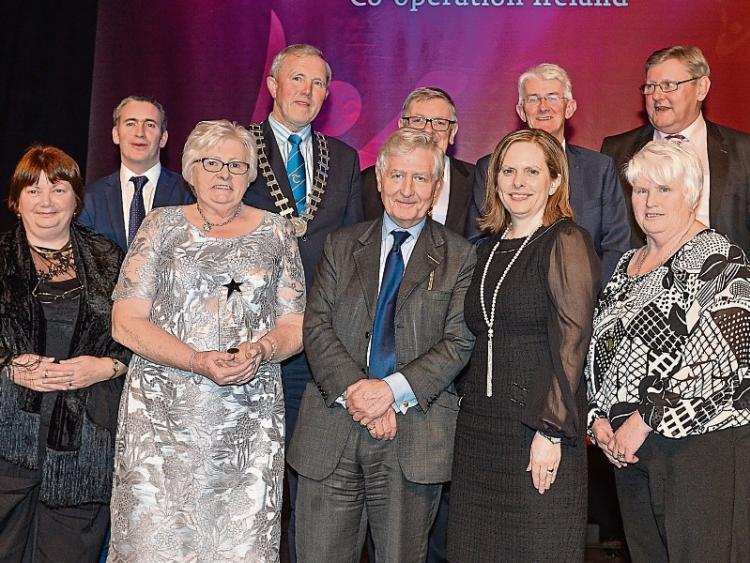 The Three Drives community  has landed a  prestigious 2016 Pride of Place Award.

At the annual Pride of Place Awards Ceremony last Saturday in Belfast the  Three Drives Family Resource Centre was presented with one of the top awards in the competition when named as the overall winner in the Housing Estates category.

Remarking on the Three Drives Family Resource Centre, the judges said Three Drives was a huge story of perseverance, innovation and significant collaboration down the years.

The judges said were really impressed with the Three Drives  project, the people they met, and the impact of the project and the work being done.

The winners of the Pride of Place awards, known affectionately by many as the ‘Community Oscars’, were announced at the special gala event in Belfast Waterfront Hall in front of an audience of approximately 1000 guests and VIPs with many more people tuning in on-line to watch the live broadcast of the ceremony.

Now in its 14th year, the all-island Pride of Place Awards promotes and celebrates the best in community development and recognises the selfless efforts of people in making their neighbourhoods better places to live, work and socialise.

The  Lord Mayor of Belfast Alderman Brian Kingston,  paid tribute to the people behind the Tree Drives project and all the other winners.

“We were honoured to welcome friends and colleagues from across the island of Ireland to Belfast to celebrate the important work being done, much of it by dedicated volunteers, to improve quality of life in our cities, towns and villages and to create vibrant, supportive communities.

“ Tonight we see at first hand how people can make a real positive change to society” he said.

The event was attended by the people behind the Tree Drives project and by councillors Roger Kennedy and Michael Fitzgerald.

Glowing tributes were paid to the people involved in driving the project over the years by members of Tipperary/Cashel Municipal Society at their meeting on Monday.