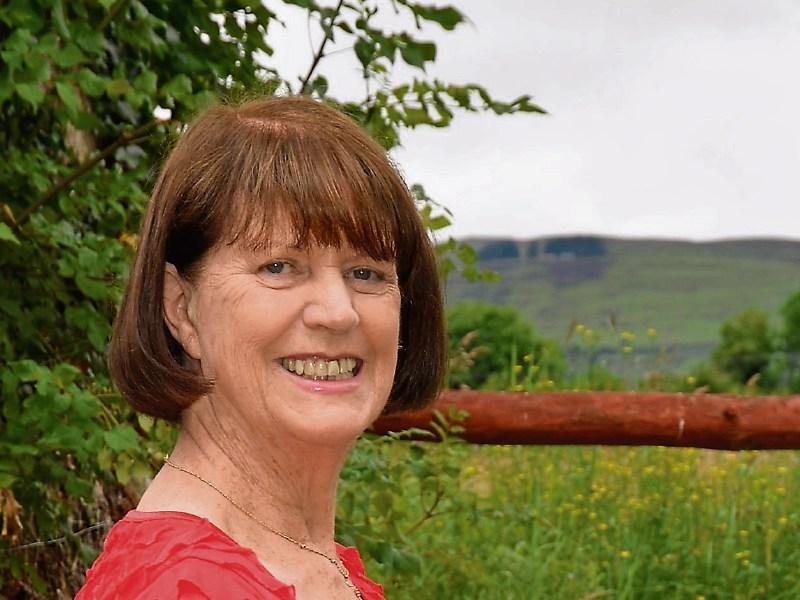 The third book by popular Cahir author Ann Gardiner is set to be launched this Friday, December 9, in Kilcoran Lodge.

Called ‘Don’t Tell Anyone’, this Ann's latest project is another evocative and nostalgic depiction of life in the 40s, 50s and 60s in South Tipperary.

In the stories in her new book Ann is remembering how people struggled to keep their personal affairs private but it was all in vain because somehow the neighbours always knew everything about each other!

One story tells of a quiet man from the mountain who wouldn’t ‘say boo to a goose’ until it came to protecting his only daughter and then he found his voice and courageously confronted a shocked parish priest.

There’s Paddy who went to have a look at the sea for the first time and had an unexpected adventure. Moll met her spoilt priest going to town on the bus but worried about how the community would view her notions of romance in the autumn of her life.

The funeral tells the story of an abusive marriage where everything is hidden from the neighbours. ‘My Sweet Rose of Erin’ is the tale of the girl from the ‘big house’ who unexpectedly has to spend a year in London in a poky hotel staff room and strikes up a lifelong friendship with Moira, a rough diamond, from Scotland.

There are a couple of emigration stories from the ‘Forties when Irish people had no option but to cross the Atlantic; how Nellie found love in New York and Tess met a kind benefactor. Who is the mysterious tramp in the duck shed and what is his story? Will his family forgive him for the shame he brought on them all those years ago? Could you ever tell anyone that you saw a fairy in your own field? Who would believe you? In a Boy’s Dream his parents are shocked beyond disbelief when their son announces that he wants to join the circus. How can this be resolved? And tongues are certainly wagging when a couple in their sixties decide to take a ‘vacation’ in America. The very idea! And what a culture shock for our elderly couple who’d never been beyond the village not to mind getting into an aeroplane. Then there’s eight year old Eoin who was warned to never go near the wood near his home but when his life is turned upside down by the unexpected arrival of a new baby sister he decides to disobey and meets a life changing stranger.

Ann, wife of accordionist, Bobby Gardiner of Burncourt, Cahir, and a former Clerical Officer with the Dublin Health Authority, has written an honest, insightful book. Ann, an Ireland’s Own” writing award winner, hails from a very literary family.