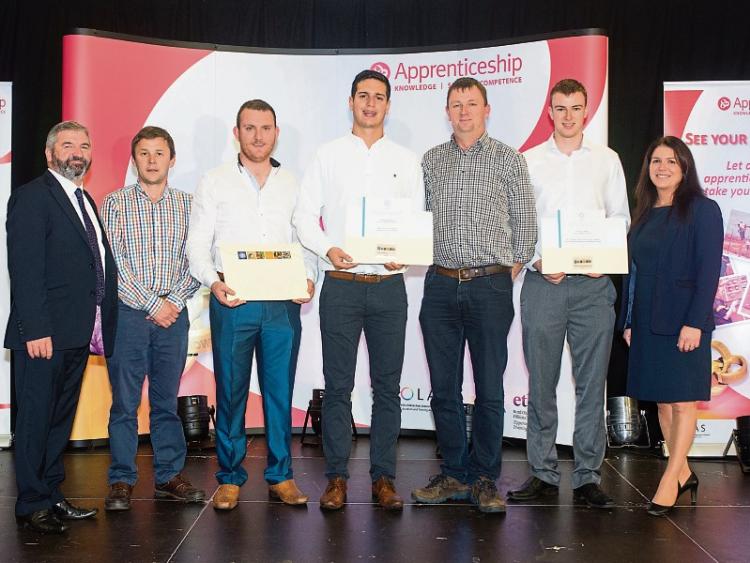 Graduating apprentices from Tipperary have been hailed as among the best in the world at an awards ceremony jointly hosted by Solas and the Tipperary Education and Training Board.

The event was held in honour of recently graduated apprentices who were presented with an Advanced Certificate Craft.

Speaking at the presentation, Solas CEO Paul O’Toole spoke of the Apprenticeship programme and drew particular attention to the calibre of the Irish Apprenticeship system which is recognised nationally and internationally.

The Advanced Certificate Craft is at Level 6 of the National Framework of Qualifications and is an internationally recognised qualification.

Representing the Education and Training Boards, Fionuala McGeever, CE of Tipperary Education and Training Board said “Tipperary ETB has seen a substantial increase in engagement with employers and students. It is encouraging to see that former apprentices with TETB are now the employers of the future and are recruiting apprentices across a variety of areas”.

“As Ireland’s economy continues to recover and businesses expand, there is a growing demand for people with vocational skills. Over the last year there has been an increased focus on Apprenticeships. Under the guidance of the Apprenticeship Council, the apprenticeship system in Ireland is expanding.

“At the moment over 20 new apprenticeships are being developed in new sectors including Financial Services, Insurance, HGV Driving and Baking. Alongside this, we are seeing an increase in the number of new apprentices being registered across the all of the current trades. This is a testament to the high regard which the apprenticeship system in Ireland is held,” she stated.