Tipperary Paralympian Peter Ryan honoured for his performance in Rio 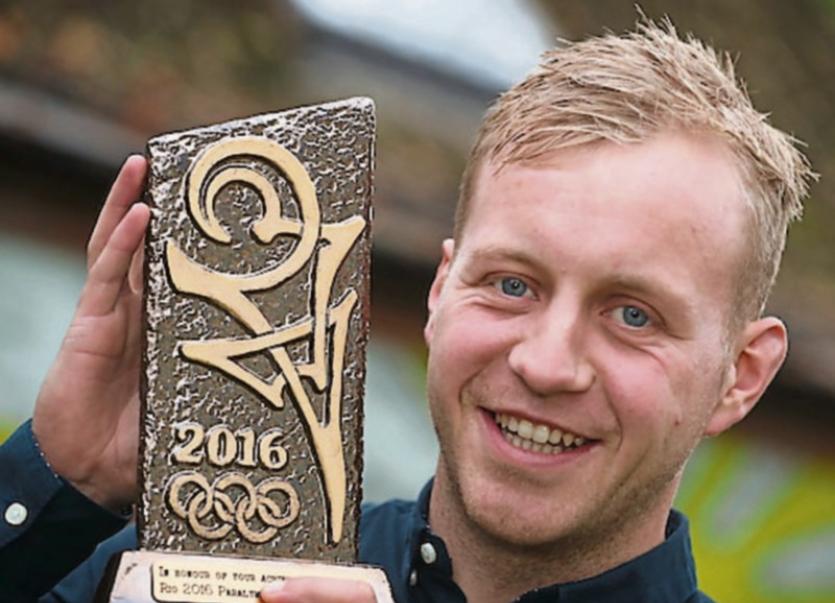 Minister for Sport Patrick O’Donovan presented awards from the National Council for the Blind of Ireland (NCBI) to blind and vision impaired Paralympians from Team Ireland, including Tipperary’s Peter Ryan.

The awards recognise the achievements of the athletes at Rio 2016 in the fields of athletics, tandem cycling and the first ever Para-triathlon.

Peter made his debut in this year’s Paralympics in Rio. He competed in the tandem time trial and road race.

Katie George Dunleavy and pilot Eve McCrystal, who won their first Paralympic gold. Katie is only the 4th vision impaired Paralympic athlete ever to win gold.

Also in attendance was veteran Paralympian Catherine Walsh who has now competed in a record seven Paralympics.

Minister O’Donovan congratulated each of the athletes on their significant achievements and for inspiring young people who are blind or vision impaired.

“I was delighted to present these awards on behalf of the National Council for the Blind, particularly as it comes a day ahead of International Day of Persons with Disabilities. It’s a particularly appropriate time to recognise the achievements of these athletes, whose journey to Rio 2016 has faced even greater hurdles than that of other elite athletes. The legacy of their success goes far beyond the number of medals won. In inspiring young people who are blind or vision impaired to get involved in sport, at any level, these athletes are helping to develop the athletes who will go on to representing Ireland at Paralympics for many years to come.”