Thousands flock to Roscrea to savour the magic of Christmas 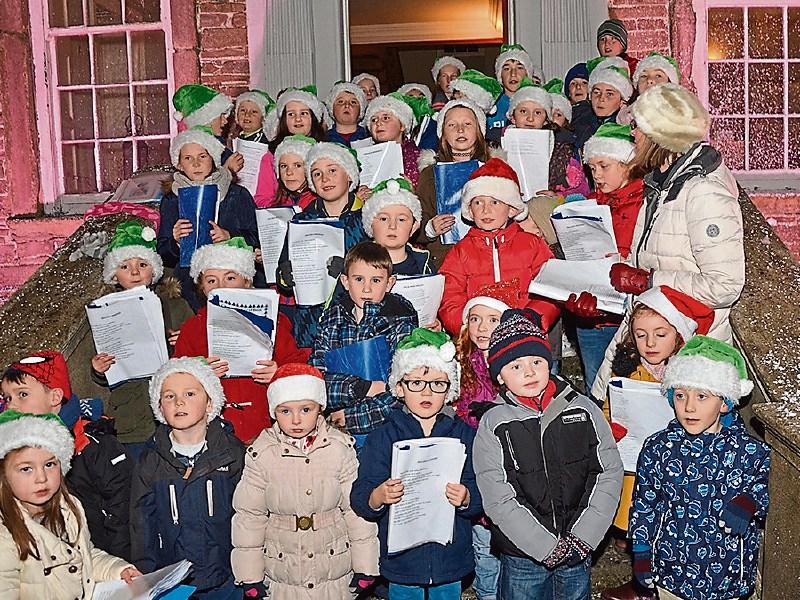 ‘When we began this journey five years ago, we could never have envisaged the spectacular success we have achieved'.

A town cluttered with traffic, record numbers of visitors from everywhere, good business, children queuing for Santa and full houses for the night time activities to raise funds for worthy causes.

Having met every challenge along the way, Cllr. Michael Smith, Chairman of the organising Committee told the Tipperary Star: ‘the most exciting and interesting aspect of this development was the degree to which the County Council, through the Enterprise Board, has come full square behind the project. Not only that, but plans are now afoot to give similar support to other towns. I have always believed that the harvesting of community initiatives and displaying our very best could be reciprocated in other towns, where there is the will and determination to do so. The people of Nenagh and Cahir will come forward with their own distinctive ventures and I wish them every success.”

Every year in Roscrea we try to have something different on display. While the main feature will always be the exhibitors, Santa Claus and the evening festivities to raise funds for schools and clubs, the setting that we are fortunate to have in the Castle grounds gives rise to explorative efforts to attract more visitors. The advent of Franc and the snow was something to see and experience. So many people commented favourably and the children just loved it. Outside the gates, all the way from Stephens Barracks in Kilkenny, two Mowag Carriers, used to support our troops in dangerous situations on missions abroad, were a huge attraction. Many thanks to all the Defence personnel for their co-operation and support’.

“This year too was no exception in community orientated exhibits, the residents of Gleann Glas, Roscrea, gave months preparing for their display of crochet made decorations and baby clothes. This is an example of the type of initiative that we want to encourage other groups to follow. Like every year, the queues for Santa were endless over the period of the festival and his popularity never diminishes. Santa of course is very special and gave so much time to every child.’

“As the snow begins to melt on The Taste of Roscrea's colourful Christmas market and festivities, my heartfelt thanks to everyone who worked so hard to make this year’s event the biggest and best so far. The success of an event like this depends on and has received huge support from the local community and further afield. ‘I am immensely proud and grateful for this. As a non-profit making committee, we were again very happy to witness the attendances at the night time events, raising funds this year for Scoil Iosef Noafa, Corville and the Roscrea Juvenile Club. Over €40,000 has been raised in the last five years for schools and community projects in the area.