Look out for this week's edition of the Tipperary Star 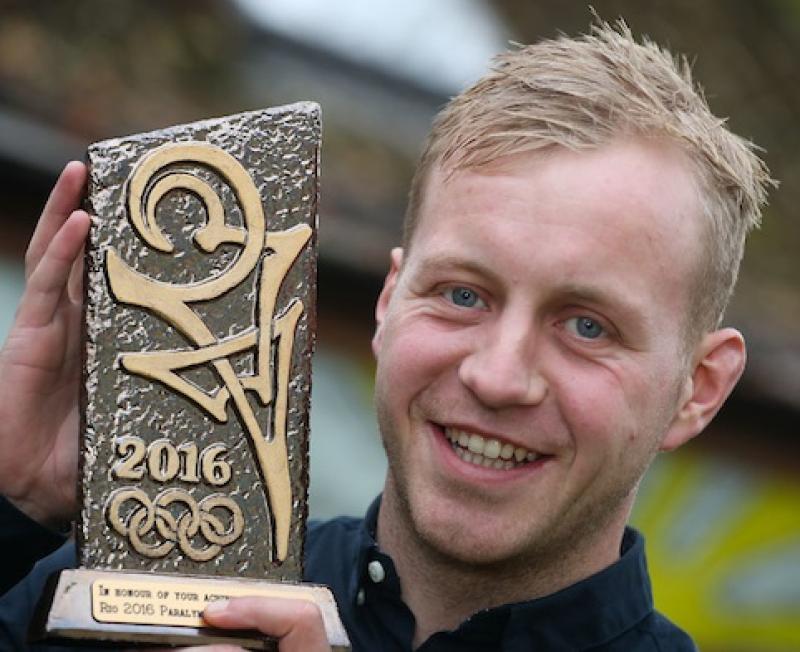 Upperchurch Paralympian Peter Ryan has been honoured by the NCBI for his heroics in Rio de Janeiro.

In this week's bumper edition of the Tipperary Star we lead with the story of a Garda investigation which has been launched following the theft of a greyhound with an estimated stud value of in excess of €1 million from the kennels of a high-profile trainer in Golden. Meanwhile in further distressing news we report the story of an elderly couple who were burgled in Boherlahan.

In side we feature the story of Tipperary hurler Brian Hogan who is working to highlight the plight of refugees this Christmas and the news that Upperchurch Paralympian Peter Ryan has been honoured by the NCBI for his heroics in Rio de Janeiro.

Fianna Fáil Leader Micheál Martin has challenged TD Jackie Cahill to land a second seat in Tipperary. Martin has also thrown his weight behind South Tipperary General Hospital's bid for capital funding and the Cork man has called for the return of town councils.

The 'Fight the Pipe' group are planning to meet in Ardcroney this Saturday to launch their campaign while Thurles Credit Union are reporting a strong year's trading.

And, Eamonn Corcorcan got a rousing send off as JK Bracken's hosted a 'This is Your Life' in honour of the club and Tipperary legend.

In sports we look back on the under-21 action from the weekend that was and look forward to the A and B finals which take place next Sunday. We also feature previews of the Mid and North Tipperary GAA conventions and carry detailed reports from last week's County Board meeting.

We also have an update for you on the state of play in the Dr Harty Cup, all the local rugby action and Eoin Kelleher reports from the annual Canon Hayes Sports Awards ceremony.