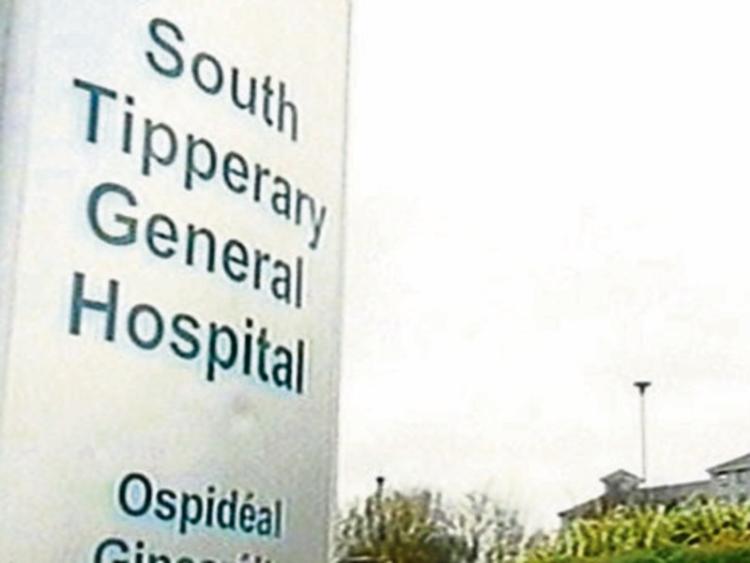 A  Clogheen family has hit  out at the overcrowded conditions at South Tipperary General Hospital which they maintain led to the “appalling treatment” of their ninety nine year old mother.

The elderly woman, who was sent to South Tipperary General Hospital by ambulance from Clogheen district hospital  on Monday at noon, was returned by ambulance to Clogheen at 2am on Tuesday morning.

“You would not send a dog home at two in the morning.It was a very upsetting and traumatic experience for my mother.To have to leave the hospital in that freezing cold weather at that time of the morning was appalling” Maureen Derrig told The Nationalist.

Later that morning, the HSE , for the second  time in just over a week, appealed to the public to only use the hospital in the case of genuine emergencies and postponed/rescheduled  planned(non emergency) in-patient procedures.There were twenty nine people on trolleys in Clonmel on Tuesday morning, the second highest number in the country which was thirty four at Cork University Hospital.The previous Tuesday, when the HSE made the same appeal, there were forty one people on trolleys, a record for Clonmel and the highest in the country that day.At the time consultant Paud O Regan described the conditions as “degrading and dangerous” for the patient and impossible for the staff.

One of those was ninety nine year old Catherine O Mahony who was sent to Clonmel hospital from Clogheen at noon on Monday.

“The doctor at Clogheen sent her by ambulance to Clonmel because she had a kidney infection.When  she arrived at the hospital the ambulance people had to wait there for two hours before my mother was given a cubicle in the emergency department” said Maureen.

“I had to leave the hospital at 4.30.At that time she had had her bloods taken but had not been seen by a doctor.I rang the hospital at 9pm on Monday night to inquire about my mother but they were too busy to answer the phones.I rang at 7am on Tuesday morning and was told she was sent back to Clogheen at two in the morning” said Maureen.

“To send a woman out in that freezing cold weather at that time of the morning was crazy.I was disgusted   she had been treated like that” she said.

Later that morning the HSE issued a statement outlining the extent of the overcrowding.It said  that the  Emergency Department (ED) at South Tipperary General Hospital (STGH) was currently experiencing overcrowding and in the previous 24 hours the hospital has seen an increase in presentations with 118 presentations to the Emergency services at the hospital. Management at the hospital asked members of the public to only attend in the case of a genuine emergency, advising that where possible, a GP or Caredoc out-of-hours service be consulted in the first instance.

This situation  led to the postponement and/or rescheduling of a  number of planned (non-emergency) inpatient procedures. The HSE stated that those who have had their procedures postponed will be contacted with a new appointment date as quickly as possible.

“ STGH wishes to reassure people, that while the hospital is extremely busy at present, patients are being seen and cared for appropriately.The management at South Tipperary General Hospital apologies for any inconvenience caused.”went the statement.

The HSE was asked to comment on the case involving the ninety nine year old woman  on Tuesday morning but by 3.45pm later that day no further statement had been issued.