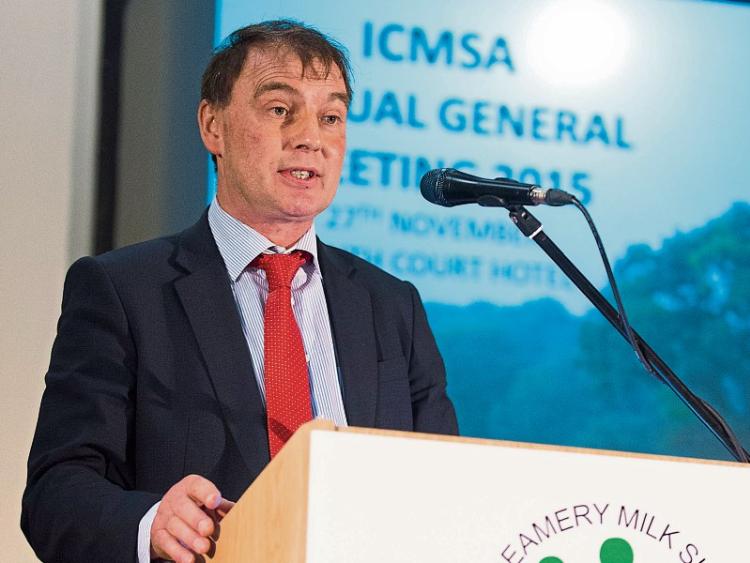 The president of the country's largest family farm organisation has entered the row over water charges and how they might be handled by the Government.

John Comer, president of the Irish Creamery Milk Suppliers Association (ICMSA) has said that farm families and the hundreds of rural communities using their own wells or privately funded group water schemes can only now conclude that they are officially designated as “lesser citizens” compared to their urban and suburban counterparts.

He was commenting after the release of the expert commission's report into water charges and water funding.

Mr Comer said that the expert commission's recommendations that the provision of water be paid for through general taxation and the Government’s apparent endorsement of that principle, now meant that those people already paying for their own water, whether through wells or group water schemes, would pay on the double.

This would mean that those who had never paid for their own water usage – and who may not be contributing through any form of direct taxation – would escape any effective charge whatsoever, said the ICMSA leader.

Mr Comer accepted that the issue of water charges was “hugely problematic”, but he said that farmers and rural communities could not help but notice that the issue of paying only became a crisis when people living in the cities, towns and suburbs were asked to pay.

“It is quite astonishing to note how few commentators seem to object to the reality that would see rural dwellers and farmers with their own wells - purchased and maintained privately – now having to pay increased taxation to fund the provision of water for the general population,” he said.

He said that the line of reasoning implicit in the commission’s recommendations was so “manifestly unfair” to those people already paying for their own water provision – in many cases for decades - that when finalising its position on water charges the Government will have to make financial provision for rural dwellers.

Mr Comer said that such a provision will have to go beyond a grant to upgrade an individual well.

“The discrimination against rural dwellers that has been so readily apparent in the discussion of this matter since it was first raised must be addressed in fair and equitable fashion,” he said.