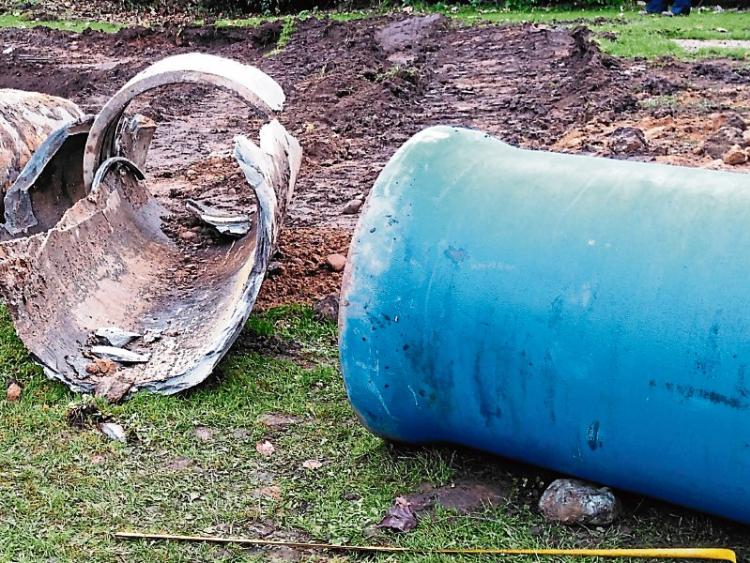 Farmers opposed to Irish Water's plans to use their land to lay a pipe from below Ballina to Dublin will launch their campaign against the proposal in Nenagh this Saturday.

The group, Fight the Pipe, will meet in Ashley Park, Ardcroney, Nenagh, this Saturday at 2.30pm.

A good portion of the 170km pipe will pass through North Tipperary and Offaly, sparking action by farmers along the route who are concerned about the impact of the works on their holdings.

The farmers have combined to form the Fight the Pipe group, which is urging all affected landowners and other members concerned about the scheme to turn up for Saturday's meeting.

Fight the Pipe spokesman Liam Minehan, a farmer from Puckane, is worried about the implications for his 50 hectare enterprise, as are farmers in townlands around Nenagh, such as Kilcoleman, which is also earmarked for the route of the pipe.

Mr Minehan said he was hoping for a good turn out at Saturday's meeting, which he said will be addressed by a barrister and a tax consultant.

He said farmers did not believe the "propaganda" of Irish Water and he urged that members of the legal profession attend the meeting to give their views.

Last month, Irish Water held two days of consultations in Nenagh and Ballina to outline why the proposed route is their preferred option.

The project, which will see around 330 million litres of water taken from Parteen Basin and brought to Peamount outside Dublin, is estimated to cost in the region of €800m and will not be completed until 2014. Irish Water hopes to go to the planning stage in 2017.

The project involves building a pumping station at Birdhill from where the water will be piped to Cloughjordan and from there, gravity will be used to let it reach Dublin.

At the consultations in Tipperary, a spokesman said they would look to emulate the best practice record of Bord Gais when it came to laying the pipe and dealing with issues surrounding land usage and compensation.

They maintained that farmers would not be left out of pocket either during or after the pipe is laid. Irish Water would need access to land over a period of up to 18 months initially and would require access for maintenance thereafter when the land was returned to agricultural use.

It is believed that some of the environmentalists and scientists who had opposed the pipe on the basis that water was initially to be taken from Lough Derg before the River Shannon had run its course are now more amenable to the project.

It is believed opposition diminished because Irish Water agreed there were too many environmenal impact uncertainities surroundig taking water from the lake.