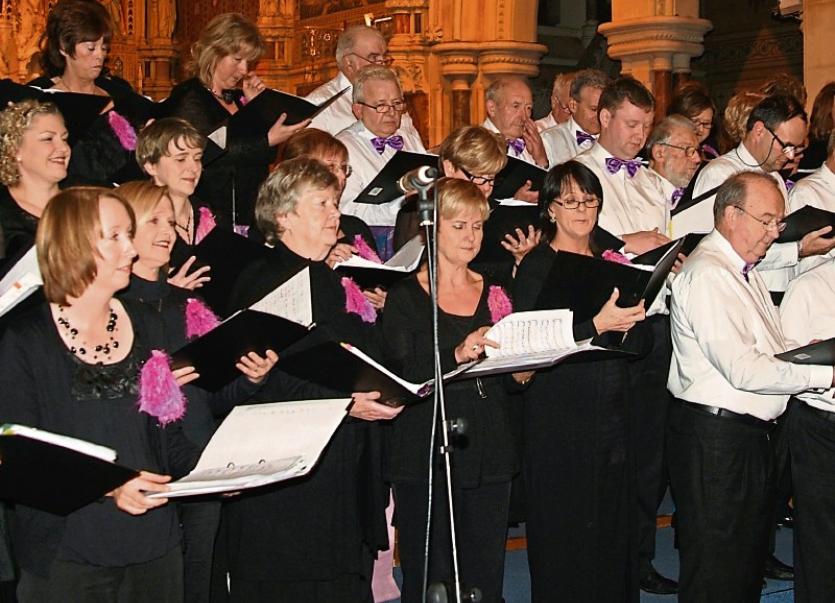 Nenagh's Ormond Octaves will deck the halls with music and song this Friday in St Mary of the Rosary Church, Nenagh, when they perform their Christmas concert.

Each year since it was founded by Niamh Ryan in 2008, the Ormond Octaves has staged a Christmas concert, the proceeds of which have gone to a variety of charities. This year's chosen charity is GROW Mid West, a mental health organisation which helps people who have suffered, or are suffering, from mental health problems.

The four-part choir made up of men and women from the surrounding area, has worked very hard over the past months, preparing a new repetoire for this year’s concert.

New songs include Only You, by the Flying Pickets; For the Longest Time, by Billy Joel, Seal Lullaby, by Whitaker, Simon and Garfunkel’s Sound of Silence and The 59th Street Bridge Song, and, Sailing, made famous by Rod Stewart.

No Christmas concert would be complete without Christmas carols. This year the Ormond Octaves have included some lesser-known carols in the programme, including On This Christmas Day Morn, based on the lullaby by Brahms.

Mary Meagher, from Toomevara, who represented Tipperary in the ballad singing competition at the All-Ireland Fleadh Cheoil this year, having won the Munster Final, will sing Breath of Heaven. Other soloists include Liam Brennan, Peter Walsh, Sharon Kelly, and a duet form Marie Nagle and John Shinners.

The Ormond Octaves Christmas concert starts at 8pm, and tickets, €10, and are available from choir members, and at the door.