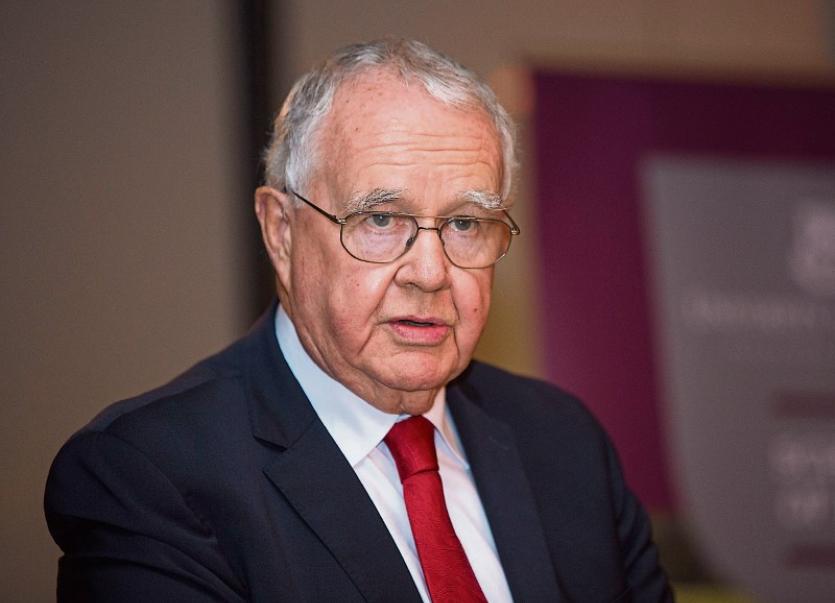 He said Judge Reilly, who was appointed to the bench in 1982, had changed the way law was administered in Tipperary.

“He was sympathetic to those who found themselves before the court,” said Mr Spencer, who pointed out that Judge Reilly did not expect you to waste the court's time. “He left this court in a much better place than when he came into it,” he said.

Diarmuid Cahill, BL, on behalf of the Tipperary bar Association, said the late judge was held in great esteem by the Bar and by the Government, who had appointed him to chair the Ballycotton inquiry and as Inspector of Prisons.

“He was a man who sought to give young people hope and sought to vindicate the rights of those in prison,” he said.

County registrar Ger Connolly described Judge Reilly as a very fair man who was much respected. “He gave everyone a chance, but once you got that chance you were expected to avail of it,” he said.

Sgt Michael Keating, on behalf of the local Gardai, said he had known Judge Reilly for 28 years. “He dealt with everyone in a fair manner,” he said.

Sgt Keating said the late judge's legacy would be the Restorative Justice in the Community project which he had observed while visiting New Zealand.

“He came back with the idea and held open meetings to get the public and different groups on board. It has now progressed to Cork, Tulamore, Tipperary Town and Thurles,” said Sgt Keating.

Former court clerk John Buckley said he and the staff were proud to have been Judge Reilly's friend.

Judge Elizabeth MacGrath pointed out that there were so many aspects to Judge Reilly and said :”I can still hear his voice around the walls of the this court.”

Solicitor Tom Kelly, on behalf of Judge Reilly's family, thanked everyone for their remarks.