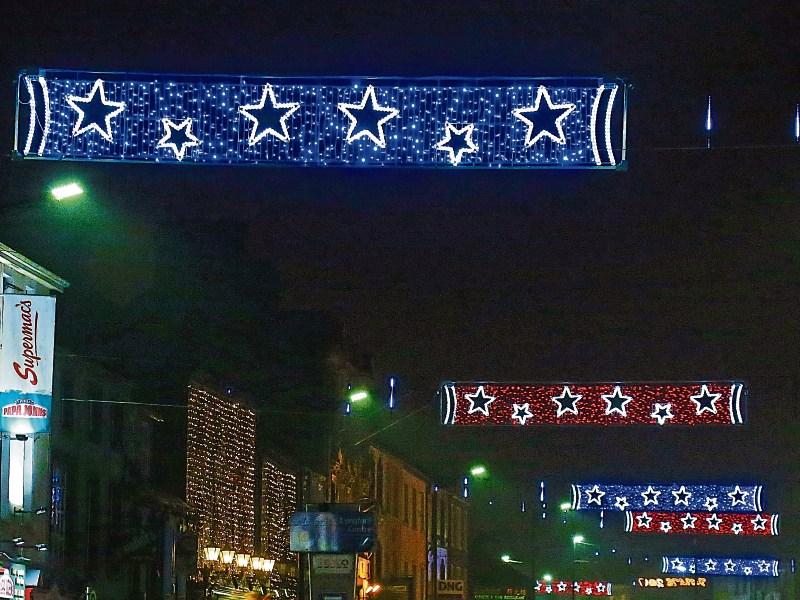 Templemore's Christmas lights were condemned as a disgrace at Tipperary Co. Council's meeting on Monday with one councillor declaring the lights on the Christmas tree behind the Council chairperson were better than those in the town.

The move has prompted the council to find extra resources to provide additional lighting which will be erected this week.

Templemore Independent Cllr Eddie Moran told Council management he had received a lot of phone calls from constituents about the lights. They were assured the Christmas lights would be improved but they were absolutely disappointing.

He complained that people wouldn't come to Templemore to shop because of the situation with the Christmas lights and demanded the problem be immediately addressed by the Council.

Co. Council Chairperson Cllr Siobhan Ambrose responded that the Council's CEO Joe MacGrath would arrange for the Templemore/Thurles District Director to meet with the District's elected members about the issue that day.

Other councillors from the Templemore/ Thurles Municipal District attempted to voice their views on the lights but Cllr Ambrose shot them down insisting it was an issue for a District meeting.

"We have been working on this all week. I feel if one members is allowed speak, we should all speak," complained Cllr John Hogan (FF)

However, Cllr David Doran (SF) managed to get his tuppence worth in after starting to speak on another issue.

"The town of Templemore is a disgrace with the Christmas lights up," he declared. "That Christmas tree behind you is better than the lights in Templemore," he added as Cllr Ambrose interrupted him. She insisted they were moving on and she was not allowing him to speak on this subject.

However, The Tipperary Star understands that further discussions took place after the meeting with Cllr David Doran confirming following consultations with District Manager Mr Matt Shortt, that additional lighting would be erected in the town.

Cllr John Hogan added in a post of his Facebook page “The old lights were damaged and dangerous and new ones had to be purchased. I know there has been many negative comments about the lights and that's acceptable but I also think it's important to say that the shopkeepers have done a wonderful job on their window displays and there is a lovely Christmas atmosphere in Templemore,” he said.