Victim will at last have "rights!"

Save our local community raises concerns with Minister 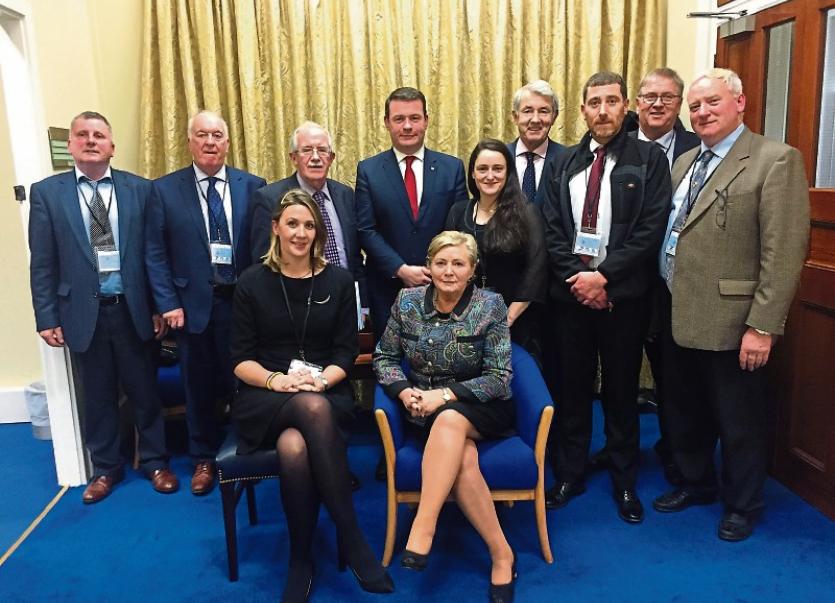 Save our Local Community (Victims of Crime) were delighted to learn that “Victim Legislation” will be introduced shortly, possibly before the end of December 2016, which will support Victims’ rights and introduce legislation to help groups who support them.

The group learned of the decision at a recent meeting with the Minister for Justice, Frances Fitzgerald when a number of key issues were addressed.

Save our Local Community is an Association representing victims of crime, formed because of public meetings attended by thousands of victims, originating in the Anner Hotel, Thurles, on October 8th 2015.

This resulted in the then and the current Minister for Justice, Frances Fitzgerald inviting a delegation from this group to meet with her and her officials on December 8th 2015.

A follow up meeting was held on December 7th 2016 at which the following was discussed:

 The need for the continuation of Operation Thor, more Community Policing and an increase of Garda numbers.

The Minister advised that there will be substantial investment on IT for frontline policing. An estimated 300 million is being considered.

 The Justice Department felt that the current law was sufficient for trespass but has agreed to reexamine it, due to the lack of application in real incidents and has invited our association to collate and submit actual incidents of trespass which did not result in prosecution due to the weakness in legislation.

The association welcomes submissions from victims who would allow us to liaise on their behalf.

 Our association welcomes these proposed changes in legislation as this bill incorporates the points that we raised in our initial meeting.

These include driving restrictions, more responsiveness from the judiciary and ultimately stricter bail terms which includes electronic monitoring.

Presently, legislation in relation to driving restriction is limited to the driver of the vehicle, because of our submission the department is open to broadening this to include, all passengers involved in criminal activities using a vehicle to travel to and from the scene of a crime

It places greater responsibility on the Director of Public Prosecutions on how cases are handled and thus making them accountable for cases that have not resulted in prosecution.

This Bail Bill includes the modification of the law on electronic monitoring which results in it being possible to use it to monitor repeat offenders and ultimately leading to stricter conditions if a suspect breaks bail terms not to mention the financial savings but significantly the security it offers to victims, witnesses and the Gardai.

Save our local Community, made a proposal for a token payment towards the use of the free legal aid system, to be introduced and stricter means testing for the use of this service.

The Minister agreed to look at ways to make this possible and will strengthen legislation to ensure compliance.

During our meeting, our members impressed upon the Minister for Justice and Equality that we felt that the bill on the collection of fines, which was reformed in January 2016 following our previous meeting, is discriminatory to a large section of our society by lacking equality in not being inclusive.

Our members pressed the Minister very firmly regarding those not included in legislation toward the collection of fines at source.

The Minister for Justice and Equality agreed to look at ways that she can make it more effective and less discriminatory.

We were delighted to learn that “Victim Legislation” will be introduced shortly, possibly before the end of December 2016, which will support Victims’ rights and introduce legislation to help groups who support them.

This means that the Victim will at last have “rights!”

The Minister for Justice and Equality paid tribute to our association for the responsible way we have conducted our campaign and feels that victims recognise and trust us to represent them.

Our association can be contacted through our email address/ website or Facebook page at any time for further information or comments or call us on our 24-hour line with your message.

We welcome your feedback and on the issues above or on any matter that you feel requires representation.