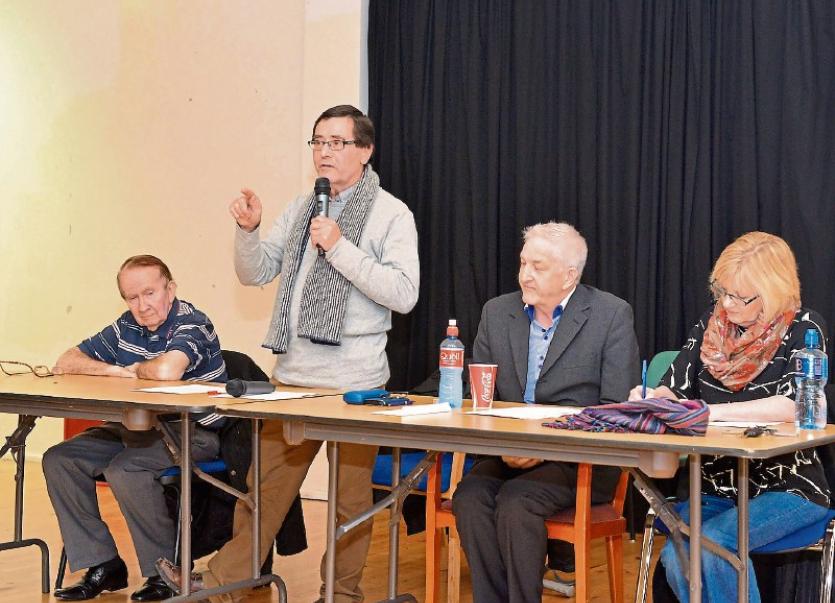 A public meeting took place laslt night  to save the Canon Hayes Sports Centre from a cash flow crises that could threaten the future of the complex. Over 200 people turned out in support of this local community sports facility that was built in 1987.

MC Paul Griswood explained the difficult financial situation now challenging the centre. “In the past year our income has dropped by 10% which represents €20,000 of a deficit. Our expenses have increased by 3% with most of this increase due to the rise in insurance premiums, which is out of our control. Our staff wages represents 50% of expenses and 3.5 years ago we did have staff redundancies in an effort to reduce this cost. The centre is now running on a skeleton staff and staff hours cannot be reduced further without reducing opening hours.”

Chairperson Martin's Quinn spoke to the supporters present at the meeting about the many external factors that have impacted the Canon Hayes centre cash flow. “It is well known that Tipperary town is depleted of employment with no new investments or job opportunities. The footfall is gone and other external factors include the increase of sports facilities within local clubs and organisations and an increase in private gyms that we just can't compete with.”

General Manager Jennifer Noonan said that the staff and management are open to ideas. “We’ve tried birthday parties, Meet & Train, reduced the price of the hall and pitches and other different classes. But unfortunately the numbers of attendees are down. Recently we held our open day and offered free classes… only two people showed up.”

In order to address the urgent cash flow situation the committee propose to launch a confined Members Club Draw to commence in the New Year. This idea was warmly received by the audience and suggestions to run the drawer over 10 months, rather than the initial proposed five months, was agreed.