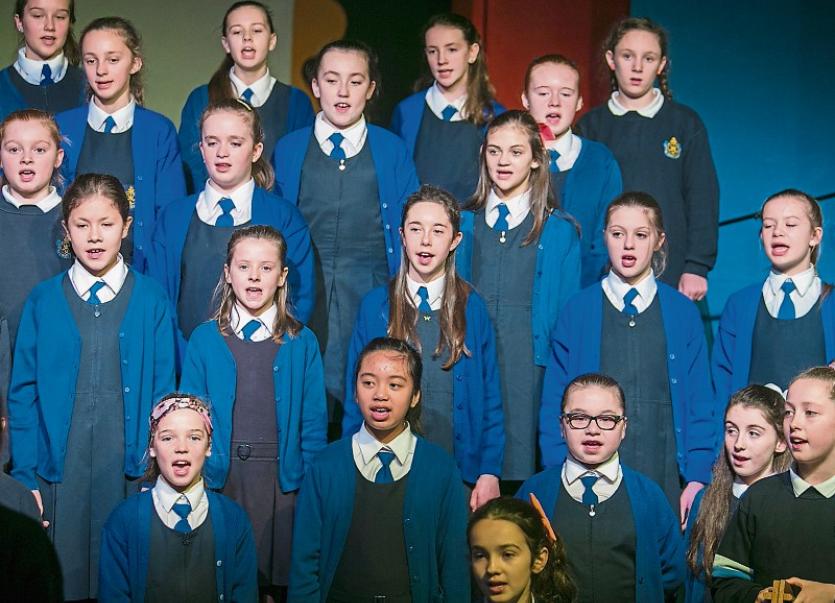 The young singers of the Sisters of Charity National School choir opened the show and were followed by Cashel singer Thomas Grogan and the Tipperary Gospel Choir.

A surprise addition to the programme was a rousing performance by pipers and drummers from the Moycarkey/Borris Pipe Band in Littleton.

It was the turn of the special guests, the Garda Band to take to the stage in the second half of the show. The band performed for an hour, during which Clonmel- based band member Siobhan Cahill performed a solo piece on the flute.

Clonmel Garda Superintendent William Leahy said it was an excellent night and they are already looking ahead to next year's show.

He said the final tally on how much the show raised for the two nominated local charities isn't yet known but the proceeds will be presented to CARE and South Tipperary General Hospital early in the New Year.

Supt. Leahy paid tribute to all the singers and musicians who performed in the show and all those involved in organising the event.

He also thanked everyone who purchased tickets for the concert, attended the show and the 40 local businesses who sponsored the show programme.

"Clonmel Gardaí and the two charities appreciate people putting their hands in their pockets. We are really a nation of givers, " he added.