Upperchurch actress to premier her third play in Thurles this January 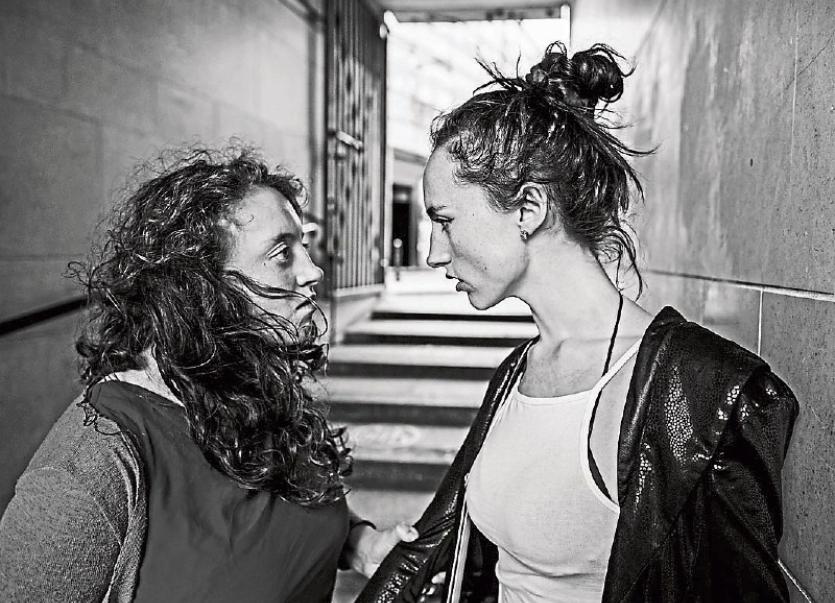 Up the hill Jackie, the latest play from Upperchurch actress and playwright Aine Ryan, will receive its official stage debut in Thurles this January 14.

Similarly to her critically acclaimed Kitty in the Lane, Aine's latest story focuses on the issues of loneliness, isolation and mental health however with some "twists and turns that the audience wouldn't ever predict."

“At the start it follows a young girl who becomes pregnant and is forced by her sister to get an abortion but the play takes so many twists that by the end I really think its about mental health. But it's one of those plays where its only until the last scene that the audience finally sees what exactly the character is doing," explains the 24 year old London based actress.

Born in Upperchurch into a musical and performing family, Aine grew up in her family run pub, the famous Jim of the Mills and later went on to attend the Ursuline in Thurles before securing a place to study Theatre and Performance at Goldsmiths, University of London where she discovered her newest passion - writing.

"I'd always loved performing but I'd never thought about the writing side of things until I got to college," says Aine who wrote the majority of her latest play while traveling in Central America earlier this year.

“I knew that once my sister finished school I'd have another person to act with me. I was travelling in Central America and I had a good bit of spare time so I started writing and the story evolved very quickly. I wanted something that featured a sisterly relationship,” she explains having previously participated in a young screen writing group with the BBC.

Indeed Up the Hill Jackie also marks a new departure for Aine who will perform alongside her younger sister Erin for the first time in her own production which Aine says brings its own good and bad qualities.

“Erin's a great actor but it can be hard to rehearse because sometimes there's no clearly defined boundaries,” she admits before adding that her family have been extremely supportive of her acting dreams with dad Jim being “good for pointers.” “He doesn't hold back and will tell you what to leave in or take out.”

However with the upcoming referendum and visibility of abortion in mainstream media was Aine influenced to incorporate the topic into her play?

“I didn't set out to write a play about abortion it just happened. I suppose with its prominence today in the media and online I had been reading a lot about it but the play is so much more than that question. It would be happening in the play whether there's a debate or not,” she says.

"With Kitty in the lane (Aine's first play written while still at college) it had a lot of dark subjects but the reaction from the public was great. I think that the audience run with whatever it is you want to say, accept it and then make their own judgement.”

However with high costs of delivering a theatre production Aine says that carving out a living for many emerging playwrights can be extremely difficult.

"Making your way in the arts can be very hard. I get a small bit of funding from Tipperary County Council which I'm very grateful for but I've taken a part time job to support myself. The most important thing people can do is buy a ticket to the show. It's the most direct source of income without having to rely on grants,” she says.

“The next few weeks will be busy taken up with rehearsals and run throughs but after our Thurles show I hope to have a few more venues lined up and then all going well we will take the play to the Edinburgh Fringe Festival. Writing definitely consumes me more than acting these days,” she adds.

Up the hill Jackie follows the fortunes of two sisters who having lost their parents in a car accident years earlier, moved to live with their aunt and cousin in a rural part of Ireland. Older sister Rita desperately wants to leave her isolated surroundings for a life in London however decides to remain until younger sibling Jackie finishes her education.

However when Jackie falls pregnant with her cousins fiance Mick, Rita deems her sixteen year old sister too immature to have the child despite her pleas of being in love and the misguided belief that having the child will help to sustain their relationship after Mick gets married the following month.

The sisters embark on a trip to London to an abortion clinic however when Rita and Jackie accidentally bump into an aunt who is also in London the same weekend on a shopping trip, their plan is thrown into turmoil.

Rita decides to send Jackie to the appointment alone, choosing to spend the day with their aunt with the hope of hiding the real reason for travelling to London. However, when Rita arrives at the clinic that afternoon to meet Jackie, a new surprise awaits her, and the evening spirals out of control.

Up the hill Jackie debuts at The Source Arts Centre Thurles on Saturday 14th January 2017 at 8pm. Tickets cost €13.