Ina Doyle honoured for feeding Clonmel's hungry and the homeless 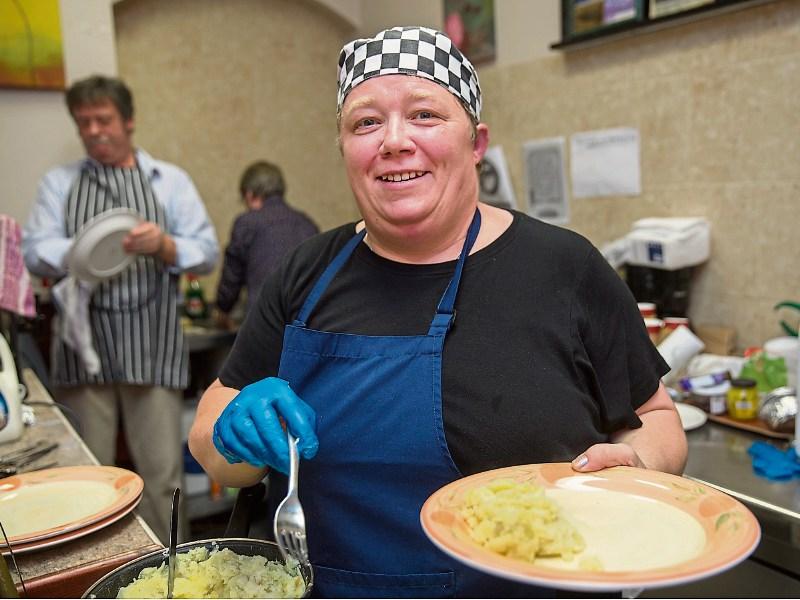 A woman who devotes her spare time to feeding the hungry, homeless and those struggling with addiction was honoured at the presentation of the Volunteer Ireland Awards.

Ina Doyle, who started the Clonmel Soup Kitchen, won the award in the Social Work category at the awards ceremony, which was held at the City Hall in Dublin.

From almost 500 nominations, she was one of 29 exceptional volunteers from around the country who were shortlisted for the awards.

Ina, who lives in Clonmel and is originally from Cashel,​ has been involved in voluntary work for ​the past 20 years, starting at the Wilderness Youth and Community Centre in Clonmel with her friend Miriam Doyle​,​who was manager of the centre.

She got involved in the youth programme​​ ​at the centre through​​ ​the​​ ​Waterford and South Tipperary Community Youth Service, lending a helping hand as an assistant and head chef at summer outings.

As Ina’s voluntary work began to blossom she became involved with social inclusion groups, community drugs programmes and​​ ​women’s groups, as well as​​ ​fundraising for many events and local charities.

In 2012 she became increasingly aware of those who were homeless, struggling with addiction and social isolation and dealing with mental health issues.

Determined to tackle these issues, she and Amanda Quigley started Clonmel Soup Kitchen, distributing nutritious food from the boot of her car.

Since then the service has found a permanent home at the Blue Beret café at the town's bus and rail station. The café is made available free of charge by the local branch, Post 24, of the Irish United Nations Veterans Association (IUNVA).

The Soup Kitchen is also held in three other locations across Tipperary, providing 90 wholesome meals each week.

Ina works with other volunteers at the Clonmel Soup Kitchen every Friday and hasn't missed an evening in over three years.

Her volunteering activities have been extended to organising an Ascot Day at a local Alzheimer's unit.

She has also organised Food Cloud donations, along with a number of local voluntary collectors, to distribute food donated by Aldi and Tesco to the needy.

She also volunteered for the EU Charter in Cashel when over 1,200 delegates were catered for over a three-day period.

Amanda Quigley, who nominated her for the award, says that Ina is completely focused and dedicated to giving back to the community.

“In recent years Ina has had a number of health issues to contend with but that has never stopped her giving a hand to any charity or organisation who needs it", says Amanda.

"She is always recruiting new volunteers and letting people know the benefit of volunteering.

If you have an hour to spare Ina will rope you into helping out.”