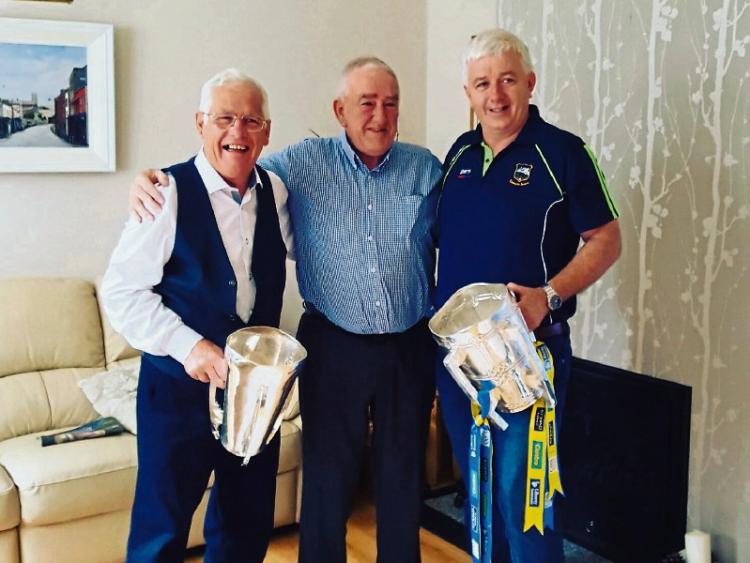 John Hennessy was born in the late forties into a farming family in the townsland of Lisboyhane near the village of Emly in Tipperary.

He grew up in that lovely atmosphere of the farmyard and farming activities where neighbourliness and community life were of paramount importance. He received his early education in Emly National School and later at the Technical school in Tipperary town.

Looking towards a possible future in the farming sector he attended Pallaskenry Agricultural collage for a time before at the age of 17 deciding to try his hand at life in the big city of Dublin.

City life was a huge culture shock to John but like many before him from a rural background he adapted quickly to the urban way of life and with a very strong work ethic began to build a life in Dublin that was to extend to over 52 years in the Capital city. Meeting his wife Imelda setting up home in Meadow Vale Blackrock and rearing a family of four were to be the highlights of the years that followed. His love of all things Irish something he had inherited both from his parents and from his roots in Emly began to manifest itself as life progressed in his South Dublin homeland. A love of Gaelic games was to draw him towards the Cuala hurling club whose heartland was in the Blackrock and Dalkey areas. The Cuala club had been founded in 1918 by a number of prisoners released from prison after the 1916 rebellion. The club's fortunes over the years had seen ups and downs and from some low points revivals had sprung anew. John Hennessy was to be a big part of one of those revivals and his involvement with many other great volunteers from the eighties onwards was to bring the club to a height never seen before of winning back to back Dublin senior hurling titles and after John’s death champions of LeInster. John Hennessy was to become the life and soul of the club and his passion and his smiling face were to become features of all their activities. His commitment to volunteerism led him into many tasks, team selector, kit man, committee member and general factotum. His talents were recognized by Dublin County Board where he served on their management committee, he played an important role in Parnell Park where he looked after visiting teams and officials and many a Tipperary supporter and official had cause to appreciate his welcome and hospitality on big match days, something he got great enjoyment in doing.

John never lost his love for his native Emly and Tipperary, those bonds were strong and he followed the fortunes of his parish club and county from one end of the year to the other, hardly ever missing Tipperary hurling or football games. The Nationalist which he purchased without fail every week while living in Dublin was a key part in keeping in touch with his roots. 2016 was to be one of Tipperary’ greatest ever years in hurling and football and John enjoyed it all immensely. His health began to fail in late summer but he was positive on all fronts. It looked like because of hospitalisation that he would not make Croke Park for the All Ireland hurling final. Discharged from hospital on Saturday arrangements were made for him against all the odds to make it for the game. What a day in Croke Park for John and what a morning that followed on Monday when the Tipperary county chairman Michael Bourke with county board officials brought the senior and minor cups to his home in Meadowvale. What a morning of excitement for the Hennessy household with special photographs that are now very much treasured mementoes.

Sadly in the weeks following those happy events John’s illness was to return and after a brief spell in hospital he was called to his eternal reward. The esteem and respect in which he was held was reflected in the huge numbers who called to his residence in Meadow Vale many of whom travelled all the way from Emly to say farewell. The church of Our Lady of Perpetual Succour in Foxrock was filled to overflowing at his requiem Mass, the Liam McCarthy cup was present as were Tipperary county chairman Michael Bourke and county board officials from Tipperary and Dublin. His beloved Cuala club members and the panel of senior team members paid him a well deserved tribute with a guard of honour. As his remains left the church Slievenamon rang out a final farewell from his native county and the man whose encouraging ways which inspired generations of young Cuala hurlers to reach for the stars had left the stage.

That great smile is dimmed and gone but the memory lingers on.