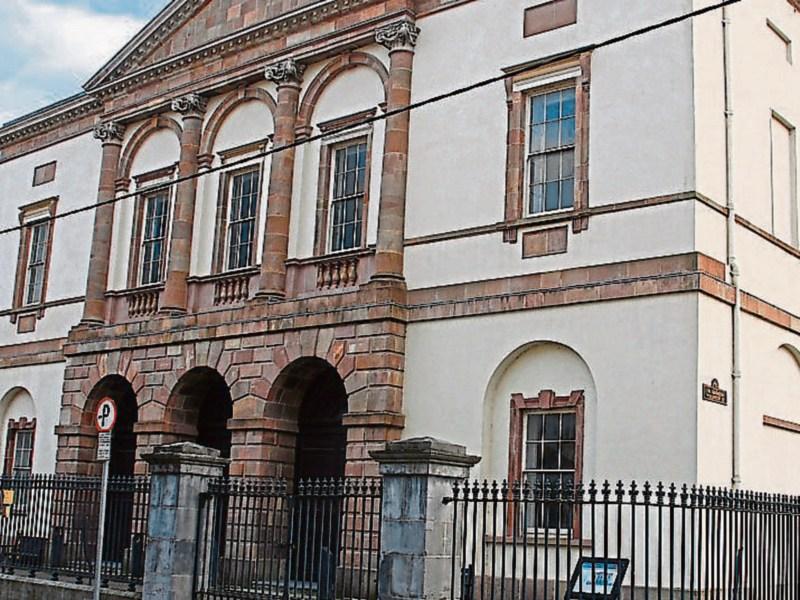 Rogue construction workers conned a 75 year-old Clonmel widower of €10,000 and caused significant damage to the roof of his house earlier this year, Clonmel Circuit Criminal Court was told.

Judge Tom Teehan described the crime as "particularly mean spirited" as he sentenced one of the three men involved to 12 months imprisonment, the last four months of which he suspended.

The sentence was imposed on Romanian national Vasile Morosanu, aged 38, of no fixed abode, who pleaded guilty to causing criminal damage to the home of the elderly man at Summerhill Drive, Clonmel between April 12 and 15.

Morosanu, who only arrived in Ireland earlier this year, has already served the eight months sentence as he was in custody since being charged with the offence in April.

The day before Morosanu was sentenced, Denis Harrington of 99 Ballyspillane, Killarney, Co. Kerry pleaded guilty to dishonestly by deception inducing the elderly man to give him €10,000 with the intention of making gain for himself or another.

His case was adjourned to Clonmel Circuit Court session on February 14 for sentencing.

The second Romanian man involved in the crime, Kalin Dan, has left this jurisdiction.

At Morosanu's sentencing hearing, Clonmel Gda. Sgt. Kieran O'Regan gave evidence that flyers were handed out to homes in the Clonmel area advertising carpentry, general repairs and building work on houses. There was a contact telephone number with the name David, who the gardai now know to be Denis Harrington.

The elderly resident phoned the number and made arrangements with Harrington for the attic of his home to be converted into an extra room for €14,000.  Vasile Morosanu and Kalin Dan commenced work on his home and the resident paid over €10,000 cash to Harrington.

The home owner became suspicious of the work they were doing and believed they damaged his roof and that he was conned out of his money. He contacted the gardaiand Detectives Dan Quinlan and John O'Gorman visited him and from their observations they were satisfied considerable damage had been caused to the roof structure.

Gardai carried out surveillance on the Romanians working on the attic conversion. Kalin Dan received a call to his mobile from Harrington requesting to speak to the house owner.  The elderly man spoke to Harrington on the phone and put him on loud speaker. Harrington requested him to pay over a further €1000 for the purchase of floor materials.

The resident told him he wasn't handing over any more money until the job was complete. Harrington said he wouldn't be able to go to the house as he was in Killarney. Harrington requested to speak to Dan and the phone was handed back to him. The Romanian workers then left the address in haste. The gardai feared they wouldn't return to the address so they stopped their white Ford van on Tivoli Road, arrested them and brought them to Clonmel Garda Station. During interview, Morosanu admitted the offence and was charged and appeared before Clonmel District Court on April 16. Sgt. Regan added that Morosanu was in custody for the past eight months. He had one previous conviction in Romania for robbery in 2002 for which he received a three years prison sentence.

The court heard that a survey of the damage to the roof was carried out by engineer Michael Reilly and he found that the removal of vital supports from the roof left it in danger of imminent collapse if there were high winds.  He concluded €6000 worth of remedial works needed to be carried out to make the roof safe.

Sgt. O'Regan said the victim took out a €5000 credit union loan to help pay for the roof conversion and he was still paying €30 a week back on that debt.

The court heard that money had been seized from Denis Harrington and Sgt. O'Regan confirmed that arrangements were being made to release €3,500 to the victim in this case.

In a Victim Impact Statement read to the court, the home owner said he was now reluctant to open his door to callers and was nervous of dealing with strangers since this incident. This prevented people from visiting and made his life more lonely. He was at an economic loss of €10,000 along with temporary repair costs of €400 to the roof.  He said he couldn't afford to be at the loss of this money as he lived on his pension.

"I had saved this money for a long time for a rainy day and I have received no compensation to date," he said.

Defence barrister Nikki O'Sullivan said her client wished to express his remorse to the victim. He didn't intend to cause him any harm but accepted he was totally reckless and hadn't any qualifications to do this work.

She submitted that her client co-operated with the gardai when arrested and made admissions and pleaded guilty at an early stage. He was working in this industry for two weeks and was fairly surprised such damage was caused. He was acting on instructions from Kalin Dan, who translated for him. At no stage did he speak to the victim or look for money from him and he didn't receive any pay for the work he did on his house.  "As far as he was concerned, he was working appropriately," she said.

Ms Sullivan outlined that Morosanu lived and work in Spain for 12 years and never came to the Spanish police's attention. He came to Ireland early this year via the UK. He was an only child and was responsible for supporting his widowed mother in Romania.

She added that her client hoped to return to Spain as soon as possible and hoped to use the €300 seized from him to make this journey.

As he sentenced Moro-sanu, Judge Tom Teehan said the Victim Impact Report in this case made for very sad reading and he had enormous sympathy for the victim.

"By living alone, he is prone, like so many people, to loneliness and the affect this incident has had on him is that he is less likely now to open his door and is more shut off from the world than before this happened. That is probably even more significant for him than the serious financial loss he suffered.

"This was a particularly mean spirited crime but I do accept Morosanu played a very insignificant role in it compared to the other two men who were involved and I regard his involvement as being at the lowest end of the scale.

After suspending the last four months of the sentence, which meant Morosanu would be released from prison a few days after the court hearing, the Judge expressed the hope the prison authorities would co-operate in arranging Morosanu's immediate return to Spain.  He pointed out that he would take a very different view of the other two men involved in this enterprise.

He suspended the balance of the sentence for one year on condition Morosanu keep the peace and be of good behaviour during that time.